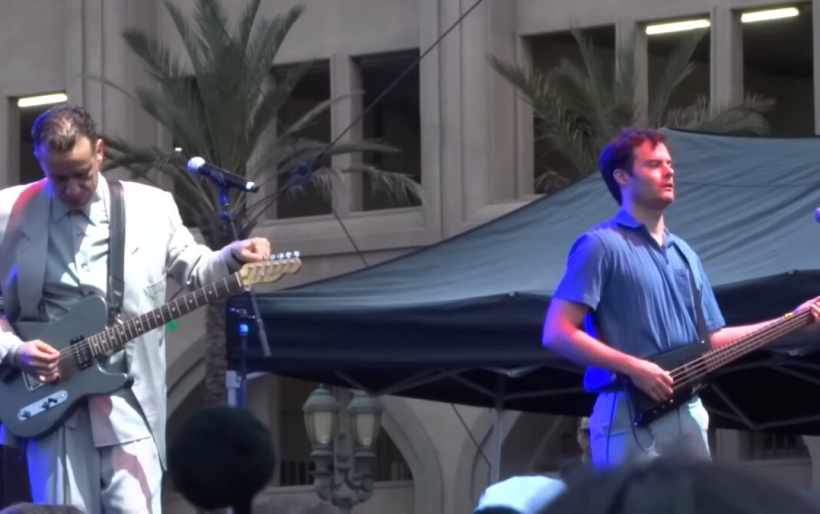 Perfectly encapsulating the Heads’ cerebral lyricism and goofy stage presence, Armisen and Hader present a hilarious look into art pop, acting each as stereotypes of the genre from Armisen’s stilted frontman and Hader’s awkward bassist, to Rudolph as the band’s flailing interpretive backup singer. Performing gawky but spot-on tunes such as “Art + Student = Poor” (where Armisen vocalizes a little too much) to Hader’s “Everybody’s Moving Around” (in which Armisen ensures the audience that the songs almost over), the band itself sounds insanely tight, bringing groovy guitars and punching bass, perfectly encapsulating the Heads’ sound of the late ’70s. I guess imitation is still the sincerest form of flattery.

Watch a couple fan-shot clips below, and check out the band’s performance on Late Night with Seth Myers last month.