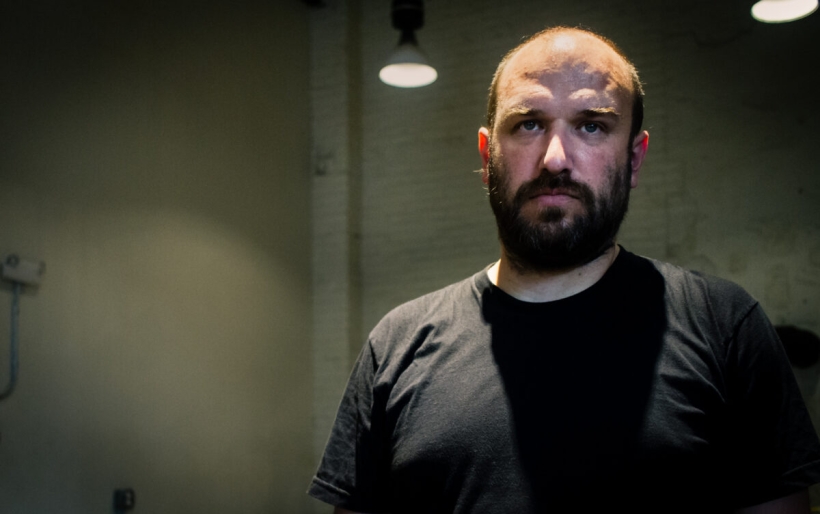 David Bazanisn’t exactly a household name. It’s both a blessing and a curse for Bazan, who actually prefers to keep things intimate with his fans. Even if you’re not particularly familiar with either his solo work or one the many projects that he’s had his hands in down through the past two decades, it’s almost certain that one of your favorite bands is. When he played at Johnny Brenda’s in July, the audience was a veritable who’s who of the Philadelphia scene. Members of Modern Baseball, mewithoutYou, Hop Along, Tiger’s Jaw and more filled the room, standing in awe of a one man powerhouse.

For myself, and many of the assembled Bazan’s various projects were an essential soundtrack to the coming-of-age experience. Starting with Pedro the Lion in the 90’s and early aughts, Bazan’s droll and brutally honest songwriting was the first crash course in critical thinking that many of us received. It might be a bit of a stretch to say this, but one could probably make a fairly convincing argument that Pedro and Bazan were instrumental to making the “emo revival” of the past several years happen.

But David Bazan isn’t one to put much stock into his own celebrity. At his shows, he often takes breaks between songs and allows the audience to question him. Much like Dave’s intense music, it catches the audience off-guard, breaking down the barrier between stage and standing room, performer and performed upon. His newest record Blanco carries on this tradition of behavior — at once serving as both a narrative account of Bazan’s self, and a very sharp lens with which the listener may view their own lives through.

On the record, Bazan makes a hard left from his traditional guitar-driven sound, angling into spacey snyth-isms. When we caught up with David earlier this summer (before the Johnny Brenda’s gig), we weren’t sure what to expect from an even more intimate set. Restyling the songs for an acoustic guitar, the first three tracks off of Blanco came to life at ReAnimator Coffee’s roasting facility, as golden hour hit its peak. This is The Key Presents: David Bazan.