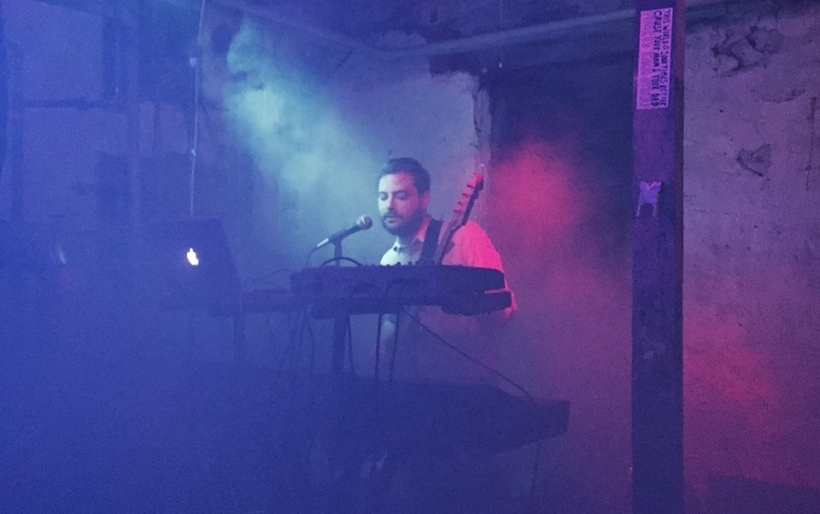 Repelican | photo courtesy of the artist

Jonathan Ehrens is a workhorse musician who does things like release three albums in one year. The latest from the Baltimore native currently based in Philly is The Repelicans, an EP of power-pop songs that Ehrens released last month under his perennial moniker of Repelican.

Primarily a solo artist, Ehrens has created dozens of projects over the years, including a fairly high-profile collaboration with Jenn Wasner of Wye Oak called Dungeonesse in 2013. As he explained over email, his interests and subsequent output run the aesthetic gamut:

I have made lo-fi, hi-fi, experimental music, radio-ready pop, punk, hip-hop, club… I am pretty all over the place when it comes to making stuff (for better or for worse) and often create a new name to accommodate the change in styles. Repelican is a name I’ve been using actually since I was 16 years old, and is my project in which I indulge whatever musical impulse I have at the moment. I called this EP “The Repelicans” because it sounds more like a band than a home-recording project, despite the fact that, as is always the case with Repelican releases, I wrote and played all the songs (i co-wrote “One Another” with [D.C. songwriter / producer] Todd Wright this time though).

The collection of songs on The Repelicans fits neatly in the power-pop realm, with the satisfying fuzzed out quality of garage recordings. Opener “Center City Girls” is a fun, neighborhood-name-dropping track wherein Ehrens proclaims his puzzlement over the titular group of people, while “The Way It Goes” has the raw makings of a Dire Straits-esque guitar riff. Backend standout “One Another” is a bit dreamier than its EP-mates, an enticing pull to explore the rest of the Repelican catalog on Bandcamp.

You can usually find Repelican on at least one show bill a month, so stay tuned for upcoming gig announcements. Listen to The Repelicans below.