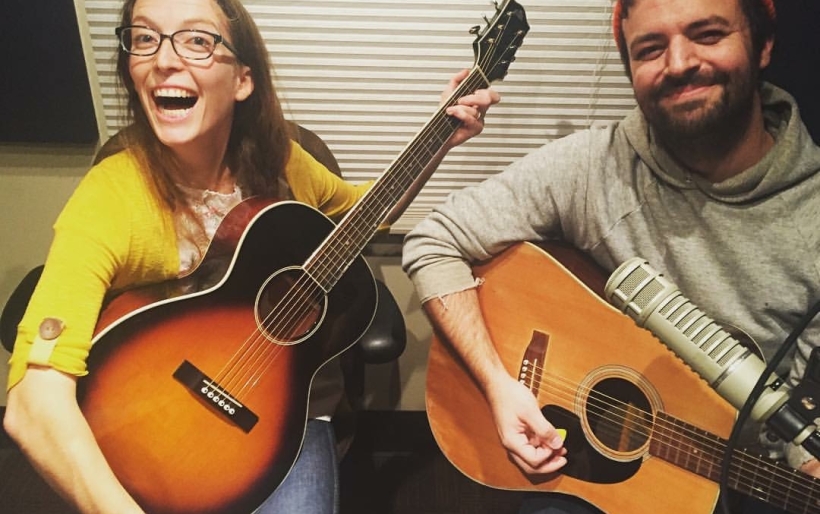 Philly’s Eliza Hardy Jones and Greg Jehanian have been tight for years, going back to their time sharing the stage in West Philly art-pop outfit Buried Beds.

Jones has also performed with hard touring outfits Strand of Oaks and Grace Potter and the Nocturnals, whole Jehanian was the longtime bassist for post-hardcore faves mewithoutYou until about a year ago. This Saturday, the two old friends will team up once again for a co-headlining show at Boot And Saddle — Jones performs material from her 2016 solo debut Because Become, while Jehanian’s band Geology digs into this spring’s Healers.

To give us a taste of what’s in store, Jones and Jehanian appeared on the WXPN Local Show recently, playing two songs acoustic, chatting about their plans for the show and showcasing a smart phone version of the autoharp (heard on Geology’s “On the Blue”).

Listen to both songs and the entire segment below, and get more information on Eliza Hardy Jones and Geology’s December 10th show at Boot and Saddle at the XPN Concert Calendar.