Framed by the idea that they’re all just hanging out somewhere together in a newfangled version of Sgt. Pepper’s Lonely Hearts Club Band, maybe the devastation that comes with losing so many iconic figures in one year becomes a little tolerable for a few moments. Or maybe it drives home just how awful 2016 really was, in so many ways.

Whatever your perspective, Twitter user Christhebarker has assembled Prince, Bowie, Sharon Jones, Leonard Cohen, George Martin, and many others in a modified Sgt. Pepper image, surrounding the musicians and producer with Muhammad Ali, Gene Wilder, and Alan Rickman in what feels like a garden of mourning (though not a complete garden: as commenters on Consequence of Sound point out, missing from the group are Merle Haggard, Phife Dawg, Leon Russell, Mose Allison and probably a few more).

If that weren’t enough, the bottom of the artwork pays “homage” to several of the deeply disappointing world events of the year: “Brexit” replaces “Beatles” in what is now more akin to funereal flowers than the result of clever seed planting. A “Make America Great Again” hat takes center stage, flanked by the now-less majestic peaks of Toblerone. Even 18 year old Walnut the Whippet gets a prime spot opposite R2D2’s Kenny Baker.

Check out the original image below and get the back story from Christhebarker here. 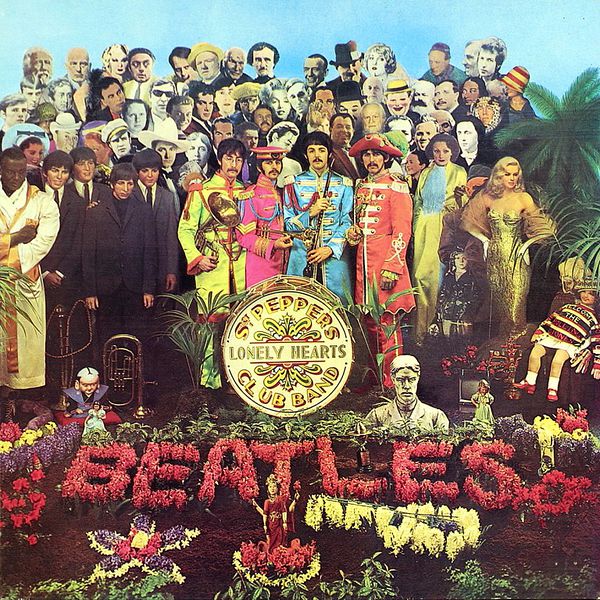