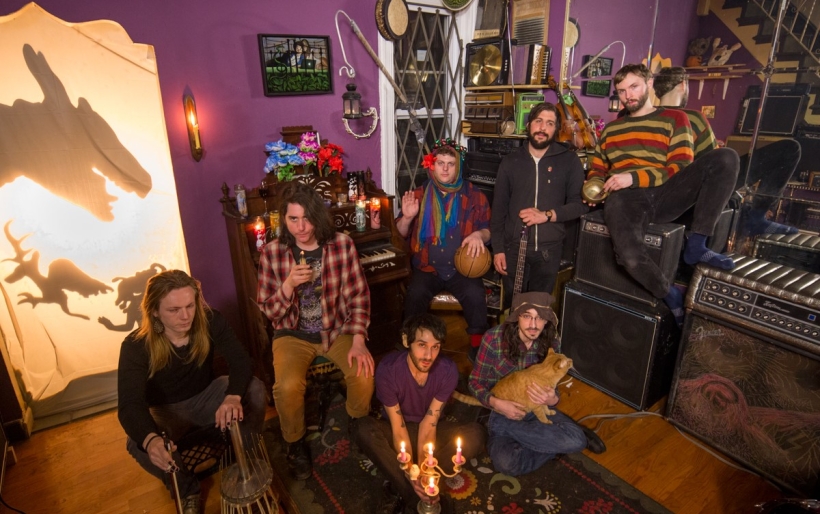 Shadow Band | photo by Paul Benson | courtesy of the artist

If you missed our premiere of Shadow Band‘s “Moonshine” video last month, here’s a second chance to get introduced to the South Philly band. “Eagle Unseen” is the a-side track to the Mike Bruno-led project’s first effort, a 7″ single that was released via Mexican Summer (home to recordings by Kurt Vile, Best Coast, Quilt, Purling Hiss etc.).

We’ve always known Bruno to be a leader of many from his Black Magic Family Band Days, and Shadow Band is similar in that regard – the New Jersey native is joined by eight or so bandmates for this outfit. The result of such a large band is a big, albeit nuanced and restrained, psych folk sound that hints at something mystical at work.

The western vibes of “Moonshine” are still present on “Eagle Unseen,” but they take a darker, more ominous turn on this track.The shake of a rattlesnake’s tail, the toll of church-like bell, and an ending swirl of howls place us at the crux of an impeding change in the dusty wind of the west as we await the arrival of some unknown force.

Listen to “Eagle Unseen” below and revisit “Moonshine” here.