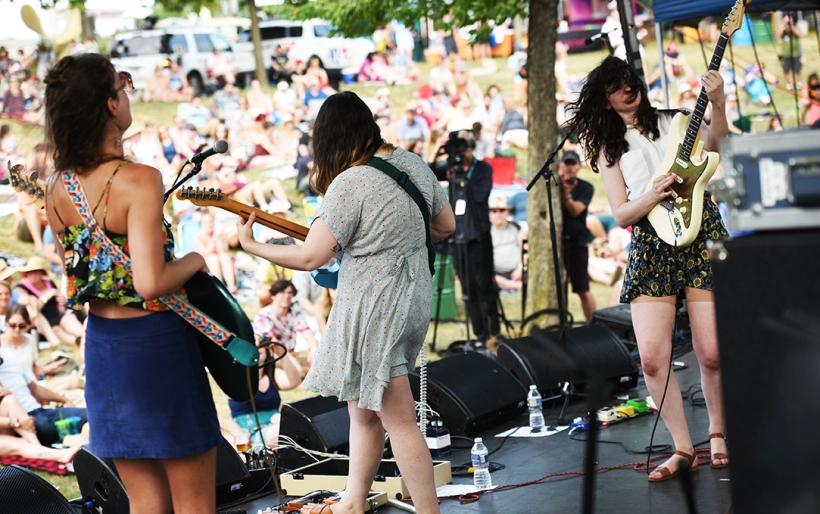 Queen of Jeans | photo by Joe Del Tufo for WXPN

The Key’s Year-End Mania: Queen of Jeans’ favorite Tweets of 2016

Year-End Mania is the Key’s annual survey of the things below the surface that made 2016 incredible. Today, Philly indiepop four-piece and Twitter enthusiasts Queen of Jeans share their favorite Tweets of the year.

2016 was super super rough, and while we lost so many inspirational people and even our hope at times, music continued to provide the greatest medicine (and we’ve even gotten to share some of our own in the process too, which has been a saving grace –thanks xpn)! Here are a few artists this year that kept our hearts happy on the interwebs, specifically on Twitter. Don’t stop beliebing! – Miri, Mattie, Nina & Patrick

Official campaign to bring back khakis/cargos? Yes or YES! pic.twitter.com/JMhQvBqNpQ

playing on a rooftop in manhattan today. cant wait for the stage dive they wont be expecting

I just honked at someone and then waved. They waved back

SO OVER "WAZE"😡4 TWO DAYS. WE'VE BEEN LEAD ON WILD GOOSE CHASE,BY HER.THE BITCH HAS LOST HER (HAL,"I READ U DAVE")MIND😤
I WANT HUMANS👧🏻👨🏾

My hands are for one thing only: playing sax pic.twitter.com/ncuJJUBBAg