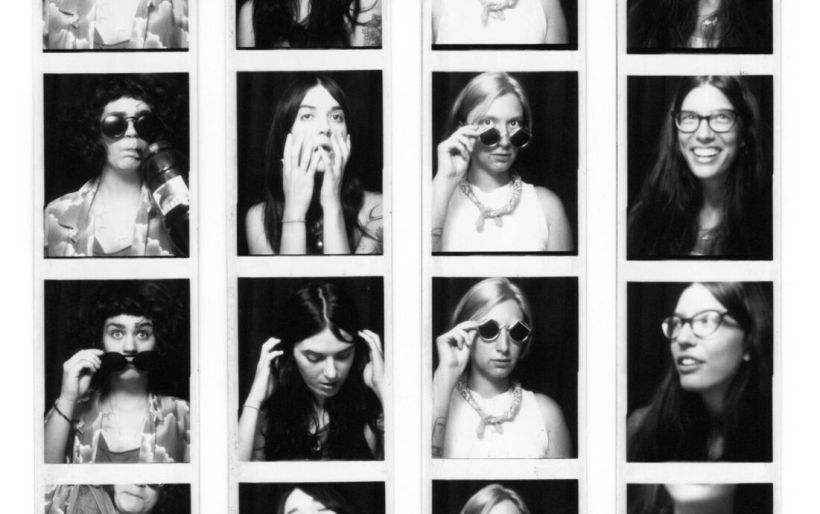 When I first heard a glimmer of Marge‘s new material back in June of last summer, songs like “Give It Time” and “Half Year” simultaneously stole my heart and punched me in the gut — a sort of lovesick ache that comes from such comfortable familiarity. Driving guitars play steadfast under simple yet sharp lyricism that offer up a relatability that’s not easily captured. “The pain feels new” /  “Let your heart rest” / “I had doubts anyway.”

Now, half a year later (not a pun, just a fact) and with a full cannon of work to share, Marge’s first full-length release, Bruise Easy, builds on that palpable sincerity and the results are effortless. Marge will impress you with their subtlety, if you have the ear to catch it all. With 13 tracks of lo-fi, fuzzed out, wailing, zig-zagging mania, the Philly do-it-yourselfers will reel you in with their ’90s alt rock sensibility and swallow you whole with their cutting one liners.

The album opens with a short intro — a cacophony buildup of door screeches and dog barks that heightens the excitement of the music to come like the moments before the lights go up at a show.

In an email interview, the band admits their favorite line on the album doesn’t come from any of the song’s lyrics; rather it’s something captured in the last seconds of “Intro” that was picked up by the drum mics before playing “Give It Time.”

While recording, Marge initially struggled through “Time,” playing too quickly and resulting in overall frustration. Before their next take, drummer Melissa Brain urged them, “replace the speed with gusto.” Finally, it all clicked. “It was truly a movie moment — she said that line, counted in, and we played the song with more goddamn gusto than we ever had in our lives,” said singer-guitarist Gabby Eisenhower.

This is a great trait of the album and Marge as a whole: they have always taken things at their own pace, often throwing convention to the wind. Having come together to make music a bit later in their lives, much of the band’s relationship with one another remains fluid. “We missed out on learning some of those typical roles — like lead singer or rhythm guitarist…we’ve always taken turns doing vocals, it typically comes down to who feels comfortable playing their part and singing at the same time,” said singer-guitarist Emily Burtner.

The shared vocal duties adds a personal quality to the songs, letting each member sing and express themselves in their own way. The album, recorded by Dan Angel and James Ryskalchick at the Sex Dungeon in Philly, is a meshing of some of the genre’s best features. The tracks “Hands” and “Graveyard” offer up mellowed out fuzz rock in the vein of Yuck, while “Sideswipe” delivers a The Breeders-esque harmonizing while singing “I chewed you up / and spit you out.”

A standout track on the record is the colossal seven minute and 12 second “Violet” that builds up momentum around the half minute mark before transforming into a spiral of distorted guitars, fervent drums and shrieking, incomprehensible vocals. To say it’s played with gusto would be an understatement.