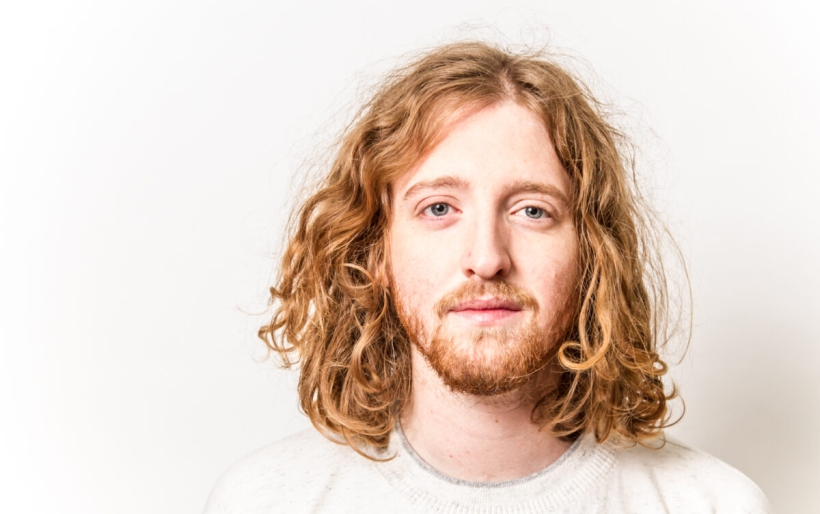 There’s a bit of a music scene in-joke that circulates about Philadelphia psych-rock cult faves Lilys; so many people have contributed to that band in its 25-year existence that founder and songwriter Kurt Heasley probably couldn’t tell you all of them. Dominic Angelella has experienced sort of the opposite situation in his career; he’s founded, jammed with, recorded and parted ways with so many bands since coming to Philadelphia from Baltimore in 2005, there will probably never be a true and complete chronology of them all.

We’re pretty sure Angelella has never been in Lilys, for what it’s worth. But looking just his higher-profile projects: there was the long running DRGN King, which disbanded last year after two great records on Bar-None; there’s Lithuania, his longer-running punk duo with Eric Slick of Dr. Dog; there’s mewithoutYou, with whom he is currently a touring bassist; there’s Hop Along, where he was an early touring guitarist. And, of course, there’s Dominic.

That’s his first name, true, and it’s also the name of his first truly solo project, which releases its debut LP Goodnight, Doggies. this Friday on Lame-O Records. Back in the fall, The Key brought you the news of his new album alongside a wide-ranging conversation with his onetime bandmate / current roommate, Hop Along frontwoman Frances Quinlan, where the two unpacked Dom’s musical journey. This week, we specifically talk Philly for his High Key Portrait Series spotlight. This interview took place in early 2016, and he shares favorite faces and favorite places in the city — and is our first interviewee to give a diplomatic answer about Philly beer! This Friday, February 3rd, Angelella headlines Johnny Brenda’s (his fav venue) to celebrate the release of Goonight, Doggies. Tickets and more information on the show can be found at the XPN Concert Calendar. The Key: Are you a Philly transplant, or were you born here?

Dominic Angelella: I’m a transplant. I’m from Baltimore. It’s where I lived until I went to college. I came up here for that, and I’ve been here ever since.

TK: What got you connected to the Philly music scene, how did you get involved?

DA: I was playing shows by myself a lot, when I moved up here, and then I was in a band with some friends. We ended up working at The Roots’ studio, on 7th and Callowhill. That kind of was a great way for me to meet a lot of people that I play with now. I always look at that as like, that was where me being a musician here kind of started.

TK: How did you get involved working there?

DA: I was just in a band that rehearsed there a lot.

DA: When I was young it was definitely The Roots. When I was in middle school and Things Fall Apart came out, I didn’t even know they were a Philly band. When you listen to Things Fall Apart or Do You Want More?!, it’s funny, because there was so much Philly, place-specific slang in it. But when I was in seventh grade or whatever, and I guess “You Got Me” came out around that time, and then I went and listened to Illadelph Halflife and Do You Want More?!, and it was perfect. So it was cool to get here, and I was so starstruck, working at that place. ‘Cause I was pretty young, meetin’ like Dice and stuff, like Dice is the greatest rapper in the world! So that was pretty cool. Growing up, that was a big thing. But I also like the Dead Milkmen — another band I didn’t know was a Philly band. And then getting here and realizing was funny. I was getting into punk, and I knew that they were just sort of like a cool, jokey alternative band. Now I listen to them and I can’t unhear the Philly accent. But back then I didn’t know, you know? Those are the two bands when I was younger, and now I feel inspired by everybody here. Like I was at a party last night and I was talkin’ with my friend Kyle about how there are just so many good bands right now. People talk about that a lot, but, it’s true.

TK: Were you referring to anyone specifically?

DA: Oh, the list is just like so long. I think like, Hop Along, and Alex G. I could go on forever. Spirit Of The Beehive is really great. And Cayetana. There’s like 50 to 100. The new Kurt Vile album is really good. There a lotta really good inspirational music here. I like that, it’s really cool. TK: Where did you play your first show in Philly, and what do you remember from being on stage that night?

DA: Man, I don’t even remember. A lot at The Fire, and a lot at the old Tritone, those are like the big ones. ‘Cause it was pretty easy to get a show there, and like, you know, it was cool. I totally remember all of those things and just feeling, you know, like I was in a new world or something. Because when I was in high school I just played like DIY shows. I played a lotta house shows in Philly too. But yeah, the whole first couple years, it’s like a mess of house shows and shows at The Fire and shows at the Tritone. I remember the first time I played Johnny Brenda’s, I was like OK this is it!, you know?

TK: Which Philly music venue is your favorite to play at, and why?

TK: What do you love most about the arts scene in Philadelphia?

DA:  I think there’s always something going on. I’ve been struggling a lot with the idea of how this city is the city in which you can kind of like, chill, you know. I think that is a really good thing for artists — because obviously you can live here and do your thing — but like for me I don’t know if it’s the best, because I feel a little bit like damn, maybe I should be working a little harder..  You know? But because of that mentality, it’s pretty easy to get a room for like $300/month or something like that, it’s like so many bands or artists have implanted themselves here. I think there’s really cool painters, the fringe scene and the dance scene is really cool. There’s a lot goin’ on!

TK: What if anything do you find frustrating about being an artist here?

DA: I mean there’s a lot of people, a lot of bands.. The only thing that bums me out is when I wanna book a show for a friend of mine, and I can’t do it because there’s just like too much going on. And like we can’t play that much. Even though it’s like a minor gripe, it’s still a really good thing that there’s so much going on right now.

TK: Do you feel like Philly gives you enough of a platform to grow?

DA: Well, the past two years, we’ve been touring a lot, whether with DRGN King or with my other band, Lithuania, or like by myself, or like working for someone else — I’ve been able to travel enough, which has given me a little bit of a bigger perspective on stuff. I’ve seen it both ways. It’s hard not to be super analytical, when you’re thinking about music as a career, what people did that worked, what people did that didn’t work. You’ve got like, the dudes in War On Drugs and Kurt Vile — they’ve stuck around and they’re finding some national success. You never know. I think people find what works for them and stick with it. TK: What neighborhoods have you lived in, in Philly?

DA: I’ve lived everywhere. I moved up here [for college] and I lived in Center City, ‘cause I went to UArts. I moved right into Center City ‘cause I guess at that point rent wasn’t that expensive. It was like South Street area, you know. I did that. I’ve lived [in Fishtown], I’ve lived in Port Richmond. West Philly, South Philly. Pretty much everywhere. And I liked everything, everything’s got its own character, man!

TK: What’s your preferred means for getting around the city?

TK: How have you seen the city change in your ten years here, and has it been for the better or worse?

DA: I had such a small view of it, when I [moved] here as like an eighteen-year-old, you know? Like I’m gonna stay in my eight-block area, which is so funny, cause you wanna go to school in a city, and then you end up staying in your little microcosm. And then I would go out to West Philly to buy beer and go see bands. I think that every neighborhood has kept its general character. I was talking about this with my friend the other day, we were talking about how like, obviously Fishtown is way different than it was ten years ago. I would have never thought about comin’ down here to hang out. That’s cool, but then there’s also the whole thing of people losing their houses and stuff like that, which is a big West Philly problem too. So I don’t know. Like I said, when I came here, I had a pretty small view of the city, and it grew out and out and out. And it’s a great creative place to be.

TK: I think you’re the first person to answer that way.

DA: People have an opinion?

DA: Really? I love Philly Brewing Company! You can put me down for them, man! They make great beer, man! No, I like both of them. That’s crazy though. 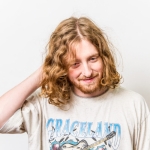 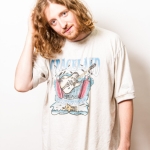 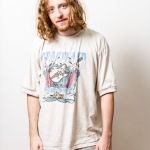 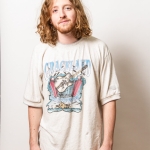 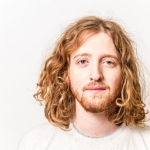 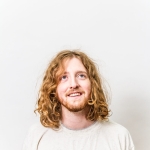 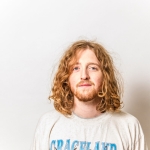 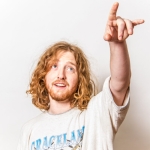 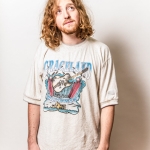