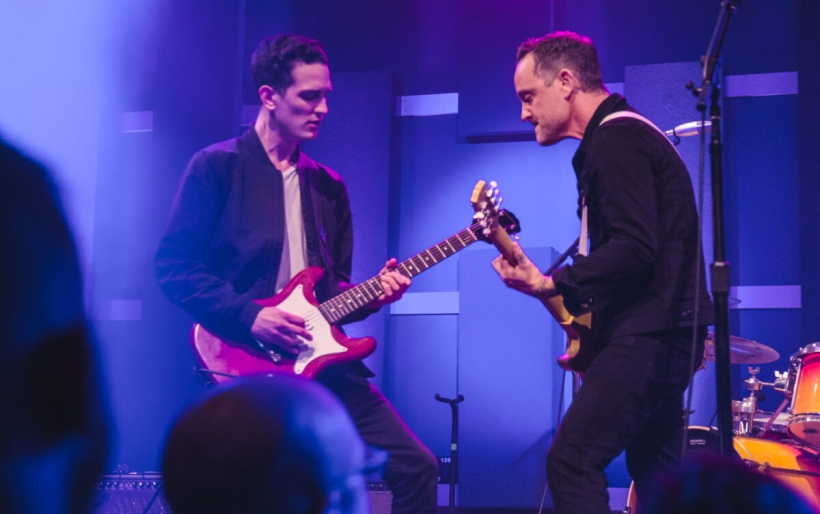 Philadelphia singer/songwriter Dave Hause is devoted to his city. It doesn’t take a rocket scientist to see that, but if somehow you need more proof, his new record is called Bury Me In Philly. From the start of his set this afternoon, it was clear this was going to be a family affair. His brother was to his right playing guitar. His dad was in the audience, and at the end of the performance, Hause let his niece and nephew do their first stage dive. It’s just the kind of feel-good atmosphere you want after a long work week.

There’s a humility to this guy that permeates every aspect of his music. The arrangements, lyrics, even the way he and his band The Mermaid move around onstage feels deeply rooted in classic rock. Most of the songs came off the new record, from was the countrified “Divine Lorraine” to the alt-rock leaning “With You.” These variations kept the songs from blending together too much, but it always came back to the Springsteen-esque chug that got Hause where he is today.

After capping off the set with Bury Me In Philly‘s triumphant title track, Hause announced they would be shooting a video for the album’s latest single “The Flinch” and called his niece and nephew up for the aforementioned stage dive. It took a while to find them, and when they did, the two looked too terrified to move, but as the rest of the audience and I cheered them on, I couldn’t help but feel grateful to be apart of what was surely a very special moment for them. That’s the kind of stuff music is all about.

Dave Hause’s Bury Me In Philly is out now. You can catch Hause & The Mermaid live at Main Street Music tomorrow to celebrate the record shop’s 100th in store performance, and if you didn’t get tickets to his sold-out Boot & Saddle show next week, you can see him again April 19th at Union Transfer with Frank Iero and the Patience. Find tickets and more information at XPN’s Concert Calendar. 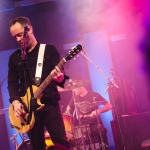 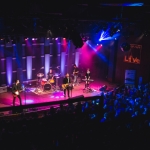 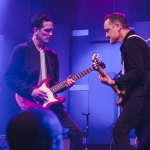