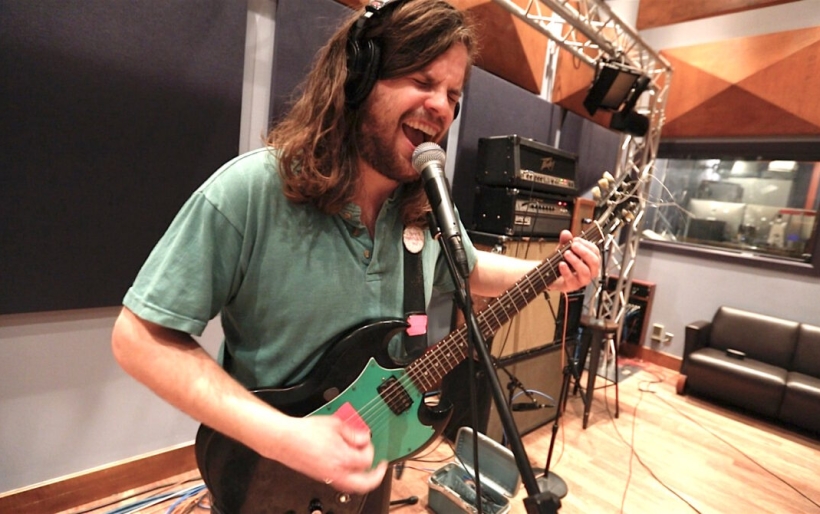 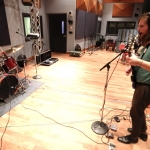 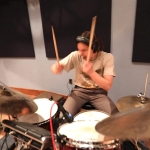 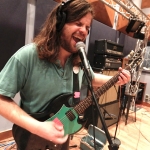 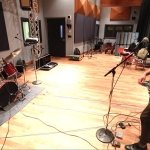 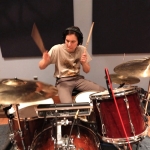 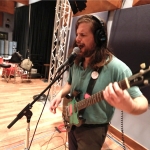 While we were setting up microphones and amplifiers in the XPN studio, I chatted with Pinkwash singer-guitarist Joey Doubek about shooting video of the band’s performance. “Oh, that’d be great!” he said. “Because y’know, I think our uncompromising live show is where we really shine.” We laughed — his statement was certainly tongue-in-cheek, a bit of fun poked at some music writing phraseology that gets applied to the heavy Philly duo again and again.

But there’s repetition for a reason. D.C. natives and longtime friends Doubek and drummer Ashley Arnwine are indeed a force when they perform at shows. The power of complex rhythms and intricate riffs, performed at a racing sprint at the nexus of prog and punk; Doubek yelling into the mic in a Robert Plant falsetto before switching gears into headbanging, Arwine franticly darting her head in every which direction depending on which part of the kit she’s laying into…between all of that, it’s virtually impossible to watch Pinkwash play and feel unmoved.

I first caught the band opening for Screaming Females at Union Transfer in 2015. This was not too long after the release of their Cancer Money 7″; the previous year’s Your Cure Your Soil tape EP was their recorded debut. Their set was relentless, fittingly so as both releases were Doubek’s cathartic response to caring for his ailing mother, who passed away from breast cancer in 2009. There’s a lot of anger in the music (the band name references a term used to criticize the dubious profiting of certain medical charities) and there’s a lot of power. Last year, Pinkwash released its debut long player, Collective Sigh, on Don Giovanni Records, and it finds Doubek’s writing focused more on the aftermath of his experience, the process of learning to cope.

Which it doesn’t do quietly. The songs are catchier by comparison — you hear that in “Gumdrop,” which Pinkwash performed for us during their Key Studio Session — but the fire is very much still there, especially in that aforementioned live setting. The Friday before we recorded, I caught Arnwine and Doubek at Everybody Hits, playing alongside New York’s Aye Nako, and they threw themselves full-body into the set, pausing only to catch their breath and take pulls from a water canteen between songs. There was definitely a moment of wondering how this would translate in a studio setting. Could it be contained? I think you agree, after watching these videos of Pinkwash performing, that it translated tremendously.

This month, the band takes its uncompromising live show (sorry, Joey) to two community-minded Philly gigs. This weekend, they’ll be at The Rotunda in West Philly for Electrifest, a two-day interdisciplinary event to help LGBTQ+ folks, specifically people of color, navigate healthcare, wellness and institutional trauma via speakers, art and music. And on April 29th, they’s play the First Unitarian Church for Get Better Fest 4, a weekend long benefit for the Trans Assistance Project, Youth Emergency Services and Women Against Abuse.