Paul Williams, The Devil and Rock and Roll: Phantom of the Paradise comes to World Cafe Live - WXPN

Paul Williams, The Devil and Rock and Roll: Phantom of the Paradise comes to World Cafe Live
Events

Paul Williams, The Devil and Rock and Roll: Phantom of the Paradise comes to World Cafe Live

In a world where Paul Williams is the devil and the world is ruled by his music, Brian De Palma’s Phantom of the Paradise exists. Remembered by many as a schlocky, lesser-known De Palma work, Phantom is a film about artistic compromise and music as a commodity where style goes before substance. You’ll have a chance to see it on the big screen April 15th at World Cafe Live with a special DJ set from XPN’s Robert Drake.

De Palma regular William Finley plays Winslow Leach, a struggling songwriter whose music is stolen by Swan (played by Williams). When Leach tries to get revenge on Swan, his face and vocal chords are destroyed by a record press. Leach then bides his time while donning an over-the-top costume and writing anguished pop songs for Swan (he made a bit of a pact with him, it’s complicated). The movie is essentially Phantom of the Opera meets The Tragical History of Doctor Faustus, with the character of Phoenix (played by Jessica Harper) as Leach’s love interest.

I don’t want to give too much away, but there’s glam rock, Alice Cooper wannabes, and in the most impressive sequence, a De Palma split-screen of a car bomb exploding during a concert rehearsal.

Since some may already think of Paul Williams as the Devil Incarnate, the casting was brilliant. Williams also provided the music, and while none of the songs became as popular as say “Rainy Days and Mondays,” they have become cult classics. Even Allison Crutchfield did a fine rendition of “Special to Me,” for the Faux Real compilation series.

While I wouldn’t attempt to call this a work of cinematic brilliance, I would implore you to see Phantom of the Paradise as a fun time-capsule of the 70’s and as an enjoyable early work of De Palma’s. 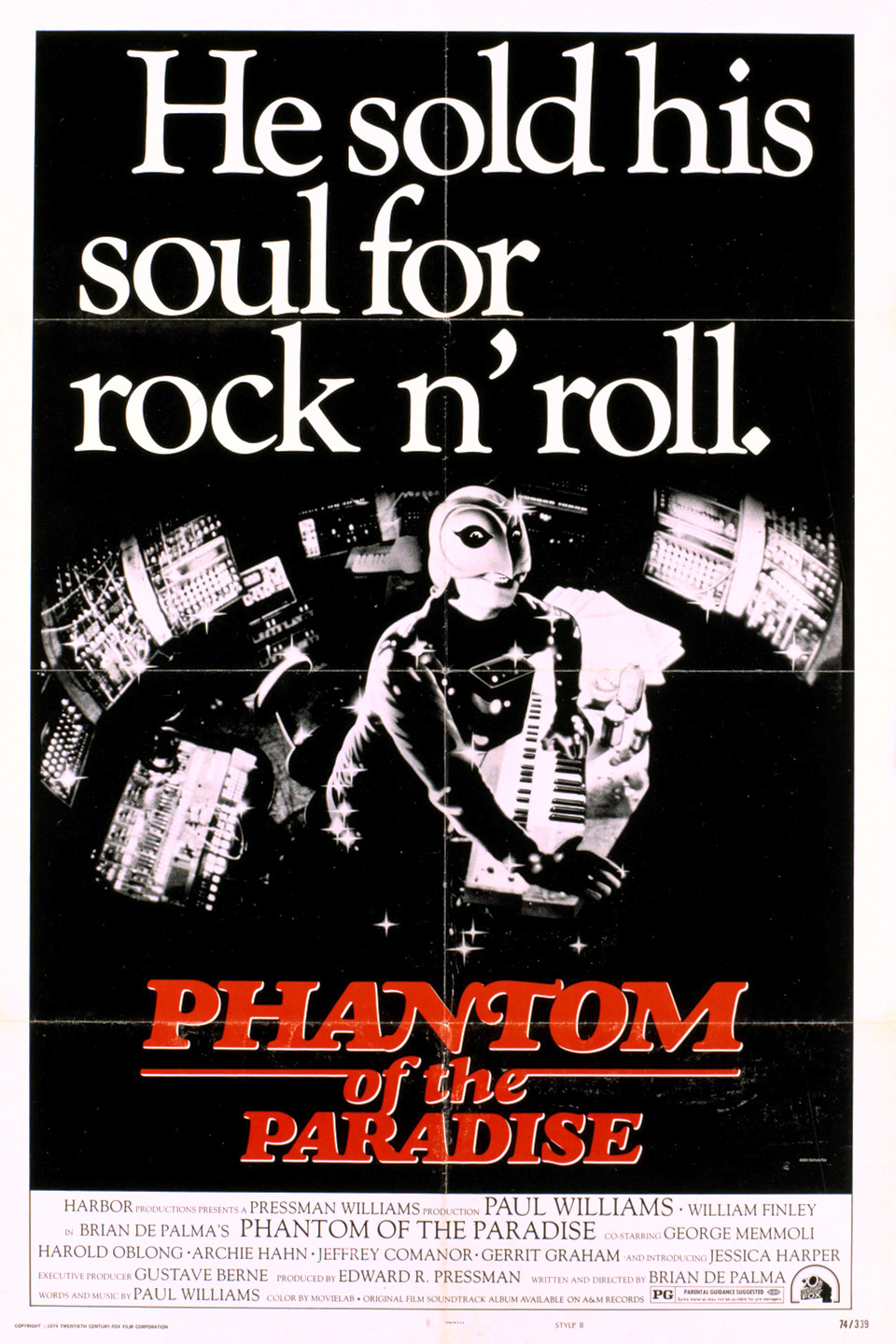