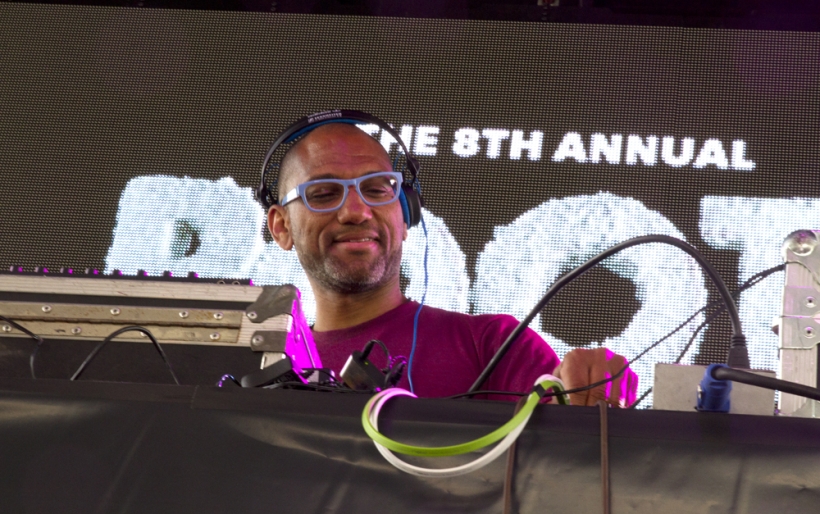 Following a run of reunions and reflections last year, King Britt is now looking forward with the announcement of a new album coming this summer. The legendary local DJ/producer will release AFTER…with his Fhloston Paradigm project on June 16th, a collaborative effort that features Moor Mother, Kate Faust, and more.

Britt’s previous Fhloston Paradigm releases are known for treading in techno waters filtered through science fiction, futurism, and intergalactic themes, and AFTER… seems to pick up on that angle, though its clearly anchored in the current events as well. A brief press release included the following introduction to the album:

Beams of light are necessary, to heal and resist, as forces attempt to destroy our world. Immersing into expansive sonic spaces in which one can lose themselves and find clarity, is a portal to vital regeneration… a beam.
After, one is empowered with new strength & focus.
This is the soundtrack

Watch the trailer for After below and stay tuned for the first single dropping next month. Fans in North Carolina can catch King Britt at this year’s Moogfest; the rest of us can catch up with the DJ during his Transmissions radio show on Red Bull Radio.