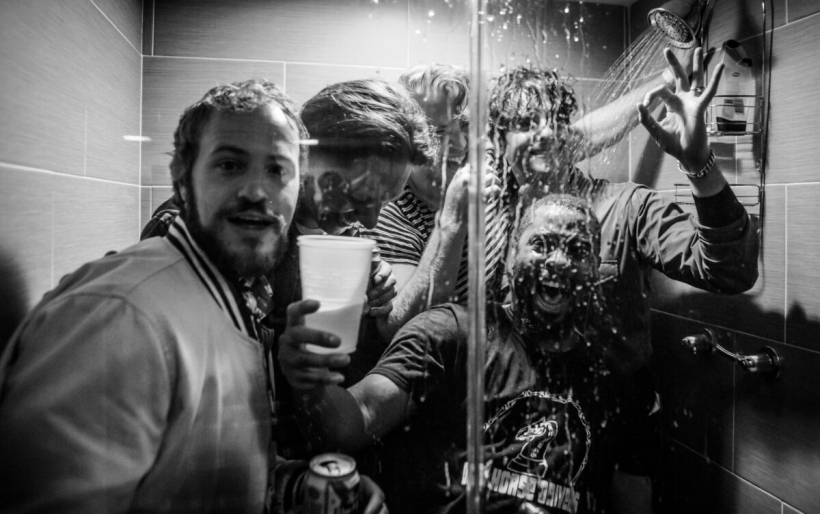 On the first anniversary of his death, Prince is being remembered around the world and in a variety of ways. For Low Cut Connie, the tribute is a cover of the late musician’s 1981 hit “Controversy,” released today and and appearing on the local band’s forthcoming Dirty Pictures (part 1)LP. The album is due on May 19th, midway through a national tour that leads into a hometown date at Union Transfer on September 8th.

The rough and rowdy South Philly outfit keep the original funky spirit of the song but add a little twist of their signature piano to kick things into Low Cut Connie gear.

“Prince is my hero, and down here on Earth, we all still feel the loss. He freed our bodies and minds…he married outrageous fun with an openness of spirit like no other artist before or since…in his world we were all valued, all sexy, all stars…. Our country is fracturing and full of hostility…we need Prince’s words so badly, to open up the channels and get the juices flowing ‘People call me rude / I wish we all were nude / I wish there was no black and white / I wish there were no rules.’ We have sung Prince’s words over the last year and disarmed even the most hostile and depressed crowds. It’s an honor to be able to put our little version of ‘Controversy’ out to the world.”

Stream “Controversy” below and pick up tickets for their September 8th show at Union Transfer here. Following the track is a video of Prince performing the song live at The Capitol Theatre in Passaic, NJ in 1982.