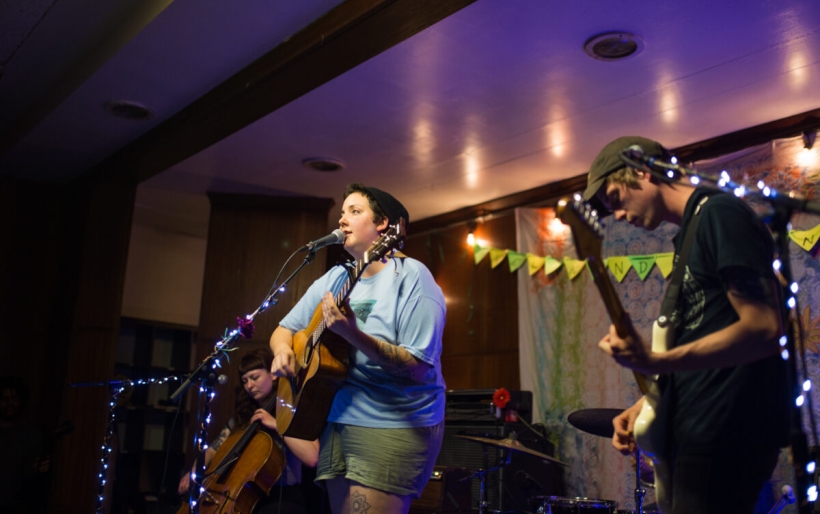 Cayetana are done messing around. Not like they ever were from the very start, but with tracks titled things like “Serious Things Are Stupid” and “Hot Dad Calendar,” it might be easy to lose sight of the depth that the band packs into every ounce of songwriting. With this week’s release of sophomore record New Kind of Normal, things are coming into sharper focus for the band members. But it’s not only due to the the release of a new album– the band also had to dig deep and launch a new record label. They’re all carrying a lot of weight, and wearing it well.

With the new record wrapped up and all but out the door, you’d think they’d all want to take a hard-earned vacation before having to gear up for album promotion and the touring circuit. When we met with them a couple weeks ago for a Facebook Live stream, they seemed totally calm, cool and collected, casually enjoying a nice morning on their South Philly roof deck. It’s a good reminder that they’re taking everything in stride — really living the dream. Working hard, but having fun too, when it comes. This is The Key Presents: Cayetana.

Cayetana headlines the First Unitarian Church for the New Kind of Normal album release party on Friday, May 5th; also performing are Katie Ellen, Shannen Moser and Aster More. Tickets and more information on the show can be found at the XPN Concert Calendar.