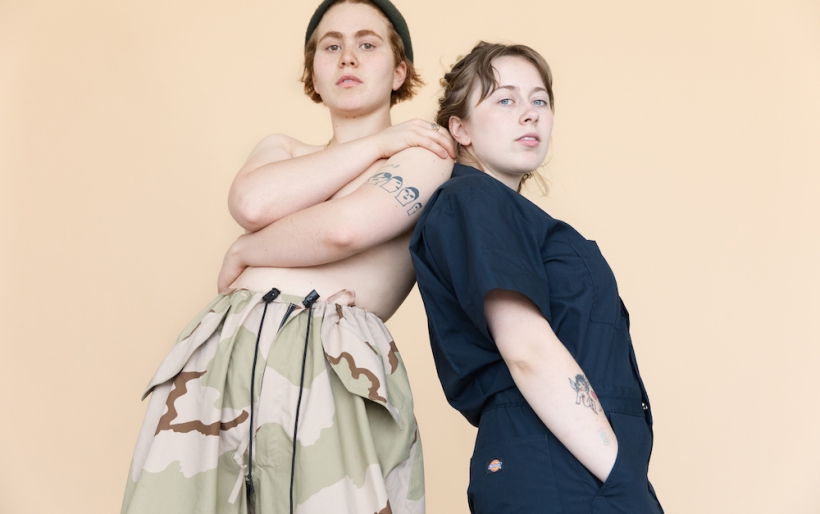 Girlpool | photo by Kacie Tomita | courtesy of the artist

Girlpool have shared a video for “Powerplant,” premiered by NPR Music this week and following up previous new tunes “It Gets More Blue” and “123.” The tracks are taken from the local duo’s forthcoming Powerplant LP that comes out on Friday, giving Girlpool their ANTI- label debut.

It may seem like all fun and games as Harmony Tividad and Cleo Tucker perform in the back room of a bowling alley, but something isn’t right. As patrons knock down pins and gobble down pizza, the bands stops short and suddenly we’re on set with a giant film crew. The duo attempts to tell director Chad that the staged “DIY show at a funny place like a bowling alley” isn’t working for them, but he drops some email jargon and canned cliches and the cameras start rolling again.

It’s a comedic and lighthearted clip, but the plot comes from a place of insightful examination of a band trying to stay true to itself in the midst of rapid growth. Real-life director Philip Steiger says the “music video is a meta-narrative nightmare exploring the power dynamics and manipulation behind an insincere candidness.”

Watch the clip below and pick up tickets for Girlpool’s show at Union Transfer on June 10th here.