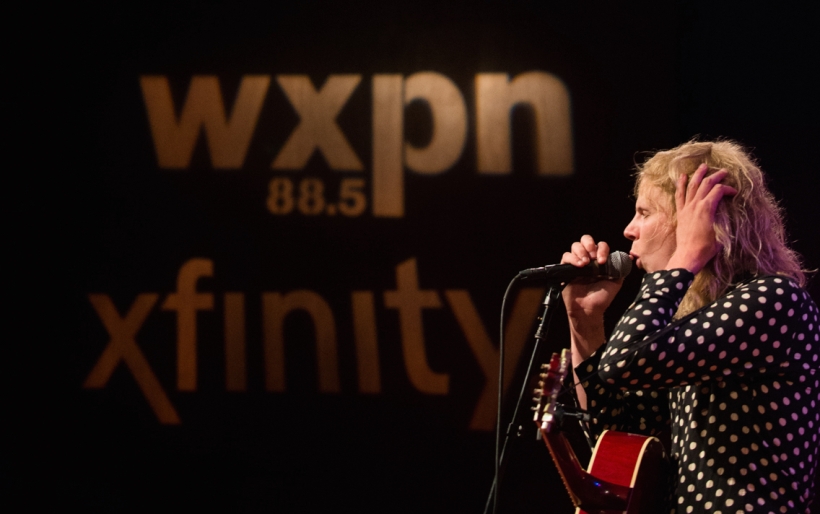 By Bruce Warren
May 10, 2017
10:05 AM
Share
Kyle Craft | Photo by Cameron Pollack for WXPN | cameronpollackphotography.com

One of my favorite new musical discoveries from last year, singer-songwriter and rocker Kyle Craft, has shared his cover of one of Leonard Cohen’s most iconic songs, “Chelesa Hotel #2.”

The song was originally on Cohen’s 1974 album, New Skin for the Old Ceremony.

About the song, Craft has this to say:

“Chelsea Hotel #2, the way Cohen delivers it, it’s through a window into another time and the further we get into this thing, the future, the more I feel like a stranger. When he died, I felt very alone…as I’m sure many people did. The song is for him, for Patti Smith, for Dylan…for everyone who inspired me to write and for a time and place that seems so foreign now.”

On his version of the song, Craft brings a tender, intimate touch to the song, and you can watch him perform it below.

Kyle has a few shows for the month of May, including WXPN’s Non-COMMvention on Friday, May 18th, where his set will be webcast live on VuHaus and broadcast live on WXPN. He’ll also be playing New York’s Mercury Lounge on May 15th, and the Sasquatch! Festival in Gorge, WA on Sunday, May 28th. Beyond, that Kyle is off the touring radar as he puts the finishing touches on his next Sub Pop Records album, due out in 2018.