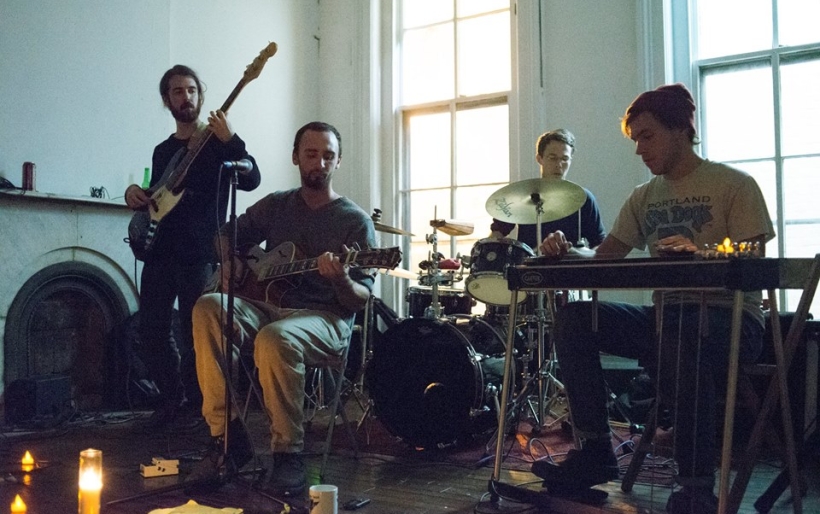 Friendship | photo courtesy of the artist

Local outfit Friendship are out on the road right now for a pretty serious national tour, but when they return on May 27th it’s to release a new EP called F/V Hope via Sleeper Records. While in Galveston, TX (according to their tour flier) a few days ago the country-tinged folk rockers shared a lead single from the record called “Rich Man,” which you can listen to below.

It was around this time two years ago that Friendship started showing up on house show bills in town, not long after the Maine natives reconvened in Philadelphia to make a go at the band thing. Later that year we had You’re Going to Have to Trust Me – a debut LP that landed the sometimes quartet, sometimes sextet on a list of the best local acts of 2015 and recalled the songwriting styles of Jason Molina and Neil Young.

With our first preview of new material since that release, it’s clear that the heart of Friendship is still going strong. Songwriter / guitarist Dan Wriggins delivers his conversational lyrics with a familiar gruffness, though behind the growl is a tender insightfulness that gets a bolstering from Abi Reimold‘s guest vocals and the aching instrumentals led by drummer Mike Cormier and pedal steel guitarist Pete Gill.

Stream “Rich Man” below and get more information for the all-ages EP release show at All Night Diner here.