Firefly Guide 2017: 20 artists to discover in the Woodlands this week - WXPN 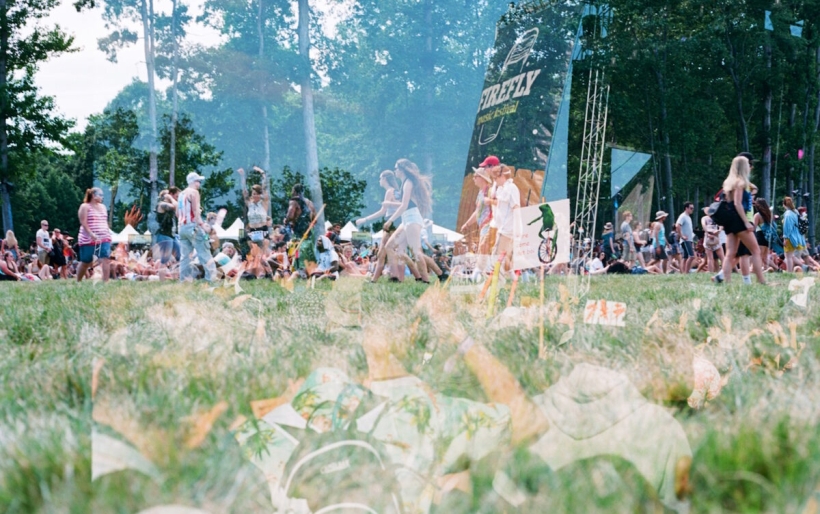 Firefly Guide 2017: 20 artists to discover in the Woodlands this week

As any committed concert-goer will tell you, the best music you’ll find at summer festivals is often the stuff you come across far from the maddening crowd. Sets stumbled upon by chance when you’re looking for a spot to stretch out in the shade; artists you’ve never heard of who bowl you over as you’re waiting to catch one of the headliners; a DJ playing on a campground stage in the middle of the night or a band in the same spot come early afternoon.

Delaware’s annual Firefly Music Festival kicks off this Thursday afternoon; as we have said in the past, it is one of the most positive festivalgoing experiences of its scale. The headliners are massive, but quality; the crowds are packed, but comfortable; you’re essentially holed up in a ginormous camp-out for the weekend, but it doesn’t feel like you’re being gouged for cash. It’s a fan-friendly experience, and that extends to the fans who are down for discovering new music, seeing new performers for the first time.

While this year’s headliners are sure to be hype — Weezer to The Weeknd, Chance the Rapper to Kaleo — and the second tier is promising as well — A.F.I., Judah and the Lion, Bleachers, Busta Rhymes — equally exciting is the festival’s undercard. To help you plan your weekend, we’ve dug through the 140+ artist lineup and today present you with our picks for artists not to miss at Firefly 2017. – John Vettese This electro-pop duo is about to make waves when they release their upcoming debut LP Big Waves/Small Waves (sorry). The Colombia-to-New York group has been crafting a sound for the new record that is a combination of summery Caribbean-influenced-electronic I didn’t know I needed until now. Start your Firefly with previews of the record and tracks from Salt Cathedral’s two breezy EPs. – Emily Reiling

Remember that girl who made Pharrell cry during an NYU masterclass last year? Her name is Maggie Rogers, and since then, the 22-year-old singer-songwriter from rural Maryland has been unstoppable. The success of “Alaska” has led to several more singles, including “On + Off” and “Dog Years” as well as an EP released earlier this year. Her unique folk-electronic sound will make for wonderful Thursday listening. – E.R. There’s not much out there from Foreign Air, but they’ve said in interviews that a debut full-length is one the way. Still, from the handful of songs we have now — and the handful more we can expect to hear on their Friday-launching set — this east coast duo can produce an electro-rock jam with  tight layers. Honestly, I’d love to know how this stuff translates live. I like it. – Joe Bloss

The latest name to know from Chicago’s bountiful hip-hop community — which has given us Chance The Rapper, Noname, Mick Jenkins, Saba, etc. etc. — is one William James Stokes, aka Sir the Baptist. His first exposure to music was in the South Side church where his father was pastor; you can hear those roots across his Atlantic debut, Saint or Sinner, which intros on a sermon-esque monologue and is peppered with gospel choirs throughout. But like Chance, it doesn’t feel like Sir The Baptist is using faith to prosthelytize, condemn or create division; rather, it’s the lens through which he interprets the world around him. Oh, and from disco to trap, the beats are sick. – J.V.

I saw this gravel-voiced, blues rocker last fall when he opened for Fitz and the Tantrums. Amidst Courtney’s catchy jams and total guitar shredding, he managed to maim his thumb — which was bleeding pretty profusely at one point. But in total punk fashion, he simply noted his scarlet-stained guitar in a kind of “huh, oh well” moment and kept rockin’ away. Heck yeah. – Megan Cooper

Weird, whimsical, retro, and post-rock floating in space are just some of the words one could use to describe Philly’s  Louie Louie. The retro-rock four piece released a killer LP Friend of a Stranger earlier this year and spent some time on the road this spring, including opening some shows for Beach House. Capping the two years since their first performance as a group, they are touching down in Dover hot off of their current tour that ends in Philly on June 10th. – E.R.

NYC buds Sophie Hawley-Weld and Tucker Halpern comprise the badass, body-moving electroopop duo Sofi Tukker. They debuted with the Soft Animals EP last year, rocking a vigorous mix of hard beats and downtempo grooves, peppered with Brazilian percussion and instrumentation. Hawley-Weld’s voice slays; she can rip out howls like a no-wave queen one cut, then bring it back in for sublime melodies the next. Positioned just before Banks, Weezer and Twenty One Pilots, they’re sure to give you a good work out as you head into your Friday evening. – J.V. Josh Ostrander’s project, Mondo Cozmo, is the fresh result you get when you add a splash of Bob Dylan, a dash of atmospheric breeziness, and sprinkle of total punk rocker. Throw in the woodsy, open-air setting of Firefly’s Lawn stage and you’re going to have one unforgettable performance. – M.C.

Philly producer Butch Serianni got a lot of buzz this past year for two suave, bedroom pop R&B collections, last year’s Within and this year’s Full Circle. While the kid known as OddKidOut has an undeniably smooth singing voice and no shortage of sexy-ass charisma, his real skill is as a muilt-instrumental arranger, a vibe-wrangler. Serianni and his collaborators all have a background in jazz, and it shines in Full Circle’s “Blush,” a spaced-out sax-jam. This will be worth getting an early weekend start on the camp stage. – J.V.

The sell on Bennett is an easy one. He is Chance The Rapper’s little brother. His flow is pretty much just as good as Chance’s. He’s got a mixtape out this year called Restoration of an American Idol. The Whole thing is right here. Listen to it. If you need any more convincing, you weren’t going to be convinced in the first place. – J.B.

Effortlessly cool and constantly surprising, Hardwork Movement is a millennial’s hip hop group—innovative and forward-thinking with roots in the 90s. The Philadelphia group is a self-sufficient nine-piece outfit of MCs and a full band that has created a classic yet contemporary feel. Their 2016 record Good Problems is pleasantly introspective lyrically accompanied by a high-energy sound. Get to the Northeast Rising Showcase and find out why they’ve been one of The Key’s fave artists of the past couple years. – E.R.

Their long-in-the-making Tunnels LP is out, and Philly’s Vita and the Woolf is fixing to celebrate. With a soaring vocal delivery and hard-hitting electronic rock arrangements, this collection pulls no punches — and live, neither do frontwoman Jennifer Pague, drummer Adam Shumski and guitarist Dane Galloway. You will be moved; of that, there is no question. Dig into a beautifully-cut album teaser below. – J.V.

Maybe I’m just out of touch with what the kids are listening to these days, but the bottom of the Firefly lineup gave me more names than usual that I just didn’t know. Up in the middle of the lineup, though, was Lewis Del Mar. The New York-based duo broke in 2015 with their song “Loud(y)” but I never took the time to give it a chance. Then I saw them open for Young The Giant in February and realized I was depriving myself of something good. They bring a fun spirit to the stage and can rip some wicked solos. Here’s my favorite tune, “Painting (Masterpiece).” – J.B. You might not know this, but two years ago you listened to Rozes’ Elizabeth Mencel’s voice on repeat (either on purpose or by unavoidable secondhand sound) when she co-wrote and provided vocals for the Chainsmoker’s mega-hit “Roses.” The Philadelphia electronic pop singer-songwriter has since released an EP Burn Wild and recent dance single “Matches” that will make Rozes’ performance a must see. Catch her set Sunday at 2:00 on the Backyard Stage. – E.R.

If these alt-folk rockers don’t steal your hearts with their wonderful vocabulary featured on their Facebook page (i.e. they address their fans as nerds and/or weirdos) then their mix of bouncy and easy-going Americana tunes will definitely do the trick. – M.C.

On one listen, these Colorado alt rockers kind of remind of Linkin Park from, like, two albums ago with way more synths (See: “Critical Mistakes”).  Then the next time it’s summer pop with handclaps carries traces of Smallpools, and that’s definitely a compliment. The band’s newest single “Older Now” will get stuck in your head. – J.B.

If the final stretch of the festival’s got you feeling a tad worn down, look no further than local MC Joie Kathos’ set at the Northeast Rising Showcase. Spouting conscious, clever lyrics atop crazy infectious instrumentation, songs like “No Streets Peace,” “Slay,” and “Gone” will serve as its own kind of charging station —  sans technology and weird watering-hole type vibes. – M.C.

This trio is NJ-based, so that’s a plus right off the bat. They’ve got roots in indie pop, and those aren’t completely covered up, but an electronic identity is certainly what they’ve gone for on their recently released debut LP GALLERY. I’ll say their set will be a nice pick-me-up dance party to get you ready for the weekend’s final hours. Give their slower jam “Oceans Away” a listen, and if you have Spotify, check out their Spotify Session cover of Drake’s “Passionfruit.” – J.B.

In the first three seconds of West Philly rapper Miles Chancellor’s song, “Decisions,” a Soundcloud user by the name of Truly Dark raves: “boutta break my neck bobbing my head so damn hard haha shit slaps.” Truer words have never been spoken. Post up at the Camping Hub for Chancellor’s set, but be forewarned: mighty serious head-bobbing may occur. – M.C.