PREMIERE: Elison Jackson strip down "Caught One In the Jaw" 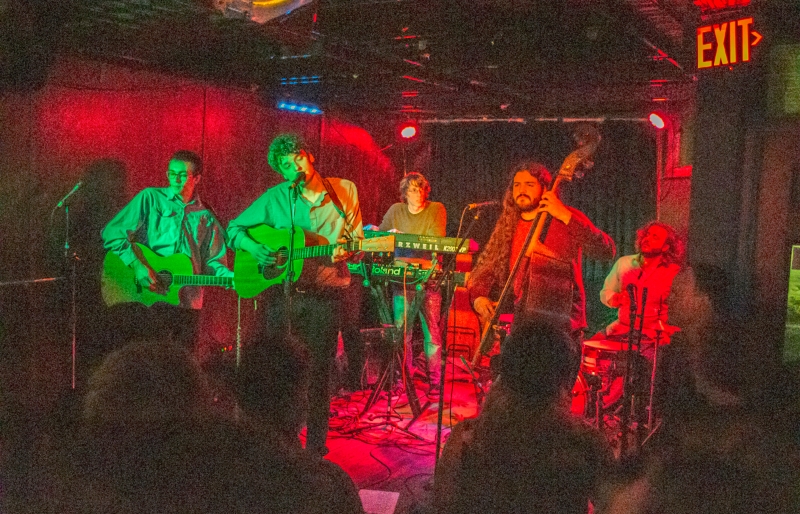 PREMIERE: Elison Jackson strip down “Caught One In the Jaw” in new video

Elison Jackson have a pretty deep catalog that goes back six years to 2011. There are two full-lengths, a few EPs, and more recently a string of singles that explore the heart of the band’s desolate psych-folk. The latest is “Caught One In the Jaw,” which appeared last month and whose video we’re premiering today.

Natives of Connecticut and now based in Philadelphia, Elison Jackson pull in a kind of Townes Van Zandt, Texas country-ness to the studio recording of the track. For the “Caught One In the Jaw” video though, which was filmed live and in one take on a mini-DV camcorder by Brooklyn’s Wonderkind Works, the HeartwornHighways,vintagearchival vibe is heightened even more – the camera stays tight on frontman Sam Perduta’s distant gaze as he picks through the somberly bright guitar melody and shares a lonely story. “We wanted to try and make as raw and honest of a live video as possible, using just guitar and drum machine, which was improvised by David Van Witt of the NYC band Hnry Flwr, and recorded the video in the wee-hours,” Perduta tells us over email.

With work on a full-length beginning this summer, the band is keeping the list of live gigs short and sweet. You can catch them at South Philly DIY space The Coochie on July 7th, or on July 27th at a venue TBA.

Watch “Caught One In the Jaw” below and keep up to date with the band’s live dates here.