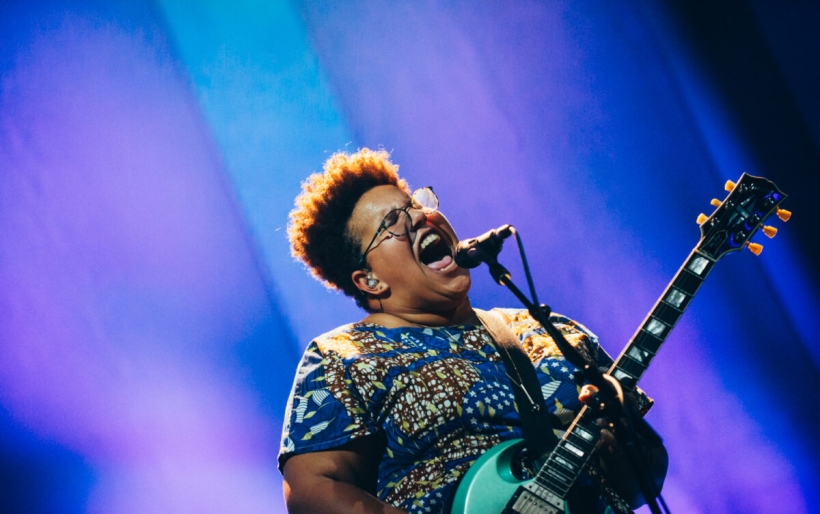 Anyone who attended last year’s XPN Fest knows quite well how amazingly talented Brittany Howard is. As the vocalist for the Grammy-winning Alabama Shakes, she packs a vocal punch rivaled by no one. So the news that found its way through the interwebs this week was sure to excite: Howard has a new band and they’re debuting live in Nashville next week.

So Powers reached out to Howard via email and got the scoop. Here’s what’s known so far: The three have teamed up to form Bermuda Triangle, which makes “sad dance hall music.” We can expect “drum machines, heavy harmonies and someone on a standup bass.” They’ll play Nashville venue Basement East on July 12. They haven’t recorded anything yet, but this upcoming gig will be a good first step.

Howard has ventured away from the Shakes before, most recently with retro punk project Thunderbitch. As for the other two members, here’s Powers’ assessment of Lafser and Mancari:

Hailing from St. Louis, Lafser has released two albums of lonesome tunes redolent of Jimmie Rodgers and Patsy Cline. Mancari, who’ll likely release her new album Good Woman in the fall, is one of the subtlest songwriters and bandleaders to hit the scene in a while, building intense moods in her memorable live sets.

Stay tuned for what we hope to be more Bermuda Triangle news in the coming weeks.