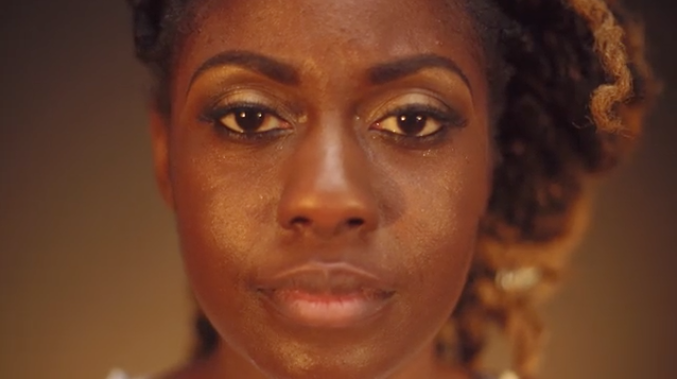 Sammus | from the “Qualified” music video

Enongo Lumumba-Kasongo is Sammus, and she’s pretty much the coolest, newest talent to hit Philadelphia this summer. Lumumba-Kasongo recently moved from Ithaca, NY to West Philly after completing her PhD at Cornell University (where she also completed her undergraduate degree) in Science and Computer Studies; her brother is Disashi of Gym Class Heroes, she previously taught youth through Teach for America, and in this part of her life she is a rapper and record producer known as Sammus. Basically, she is the mythical role model for whom we’ve been looking far too long.

This week, Tidal premiered a new music video for Sammus’ track “Qualified” featuring Chicago rapper Open Mike Eagle, directed by Alice Plati. Sammus lays out her deep, relatable insecurities, always waiting for the other shoe to drop in both her personal and professional lives. The video focuses on Sammus’ face for the majority as she flows and performs through her doubts, giving alternating looks behind the mask performers often wear.

Watch the “Qualified” music video and stream Sammus’ 2016 record Pieces in Space below.