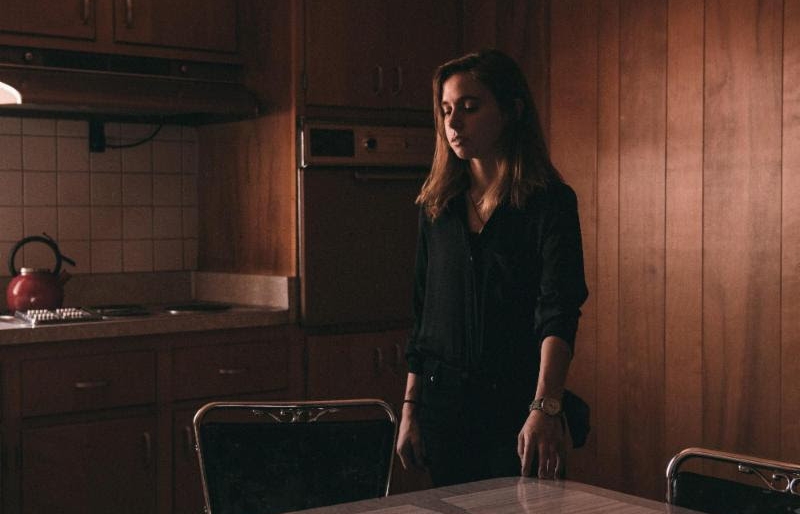 Julien Baker | photo by Nolan Knight | courtesy of the artist

If you’re in need of an emotion-filled song to listen to this weekend, Julien Baker has got you covered. The Tennessee songwriter has been a favorite of folk and indie crowds alike for quite some time now, and just announced her upcoming sophomore album Turn Out The Lights, due out October 27 on Matador Records. The first single, “Appointments,” is a bit of a heartbreaker, but that doesn’t make us any less excited to hear the rest of this highly anticipated record. And Philly, we’re in luck – Baker’s extensive fall tour hits Union Transfer on October 29, with support from the always-excellent Half Waif. Tickets are on sale now, and it’s sure to be a show you won’t want to miss.

Baker’s 2015 debut Sprained Ankle was met with a ton of well-deserved acclaim, but even if you’re not familiar with her previous work, be sure give to “Appointments” a listen – Baker’s smoothly comforting voice and self-aware lyrics make her an easy artist to fall in love with. The melancholic track is tinged with a sense of reminiscence and being caught up in lingering memories while trying to muster the strength to stay positive. It’s quiet and contemplative, eventually building into a soaring declaration of the songwriter’s resilience. As Baker sings, “Maybe it’s all gonna turn out alright / And I know that it’s not / But I have to believe that it is / I have to believe that it is.” Her reassurance and optimism in the face in the face of hard times is something we all could use.

Listen to “Appointments” via Spotify, Apple Music, or GooglePlay, and take a look at Baker’s NPR Music Tiny Desk Concert below.