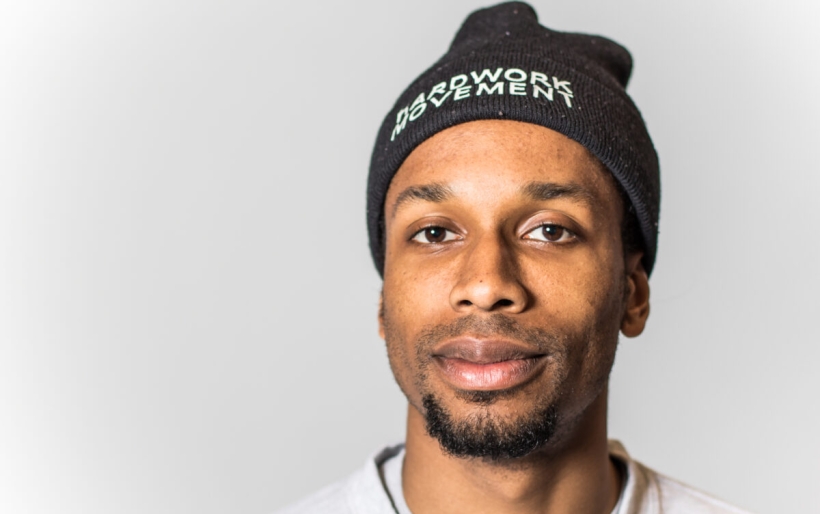 Of all nine members of Philly hip-hop family Hardwork Movement, Dwight Dunston — aka Sterling Duns — seems to relish the spotlight the most. That’s no small feat, considering how much energy and charisma everybody in the crew has, from hook-masters Jeremy Keys and Dani Gershikoff to cool-as-ice MCs R.B. Ricks and Rick Banks, suave horn section Martin Gottlieb-Hollis and Becca Graham, and energized rhythm section Jeremy Prouty on bass and Angel Ocana holding it down on drums.

What gives Duns the edge? Dude requires a minimum of three wardrobe changes per set; and outfits are rarely repeated from show to show. What can we say? He’s got a flare for fashion and a knack for grabbing our attention. So it makes sense that’d he’s the first member of the Hardwork crew to branch out with a solo joint.

Cities dropped on Friday, and it features many of Duns’ Hardwork collaborators: Keys on five of the album’s 13 tracks, Ricks on “Trouble”, Gershkoff on “Loose.” On first listen, it’s a cool and chilled out set — without the big-band ambition of Hardwork at his back, we fund Duns dabbling in the lab, having fun, spitting rhymes over wavy beats that are either self-produced, cooked up with Qubicity (“If I Had” is a catchy reminiscence of the journey from the corner store hustle to center stage) or sampled from current pop faves.

If the mixtape had a shortcoming, it would be the latter — while referencing and re-interpolating is a hallmark of hip-hop, it feels a bit too soon to already be chopping up bits of Jay-Z’s 4:44, particularly to the degree that “Same Me” riffs on “Story of O.J.” But we can’t argue with Duns’ impeccable taste in source material, particularly SZA’s “Love Galore,” and it’s great to see him stretching his wings while keeping the Hardwork Movement crew close; they’re headlining Underground Arts on September 15th, after all. Tickets and more info on that show can be found at the XPN Concert Calendar, and Duns Cities mixtape can be streamed and downloaded here.