After sharing album details in a Rolling Stone interview yesterday, Courtney Barnett and Kurt Vile unveiled the opening track to their collaborative album Lotta Sea Lice, out October 13th. It sounds like the perfect synthesis of the two songwriters’ styles — drifting and dreamy guitars and lackadasically cool vocals trading lyrics in a call-and-response style. You can check it out in premiere from Zane Lowe’s Beats One Radio show below — the song begins at the three-minute mark, but it’s adjoined by some pretty informative interviews with Vile and Barnett on either side.

You can hear the full song in the music video below.

Courtney Barnett and Kurt Vile will perform Lotta Sea Lice live at The Tower Theater in Philadelphia on November 3rd; tickets and more information can be found the XPN Concert Calendar. Check out the track listing and full tour dates below. 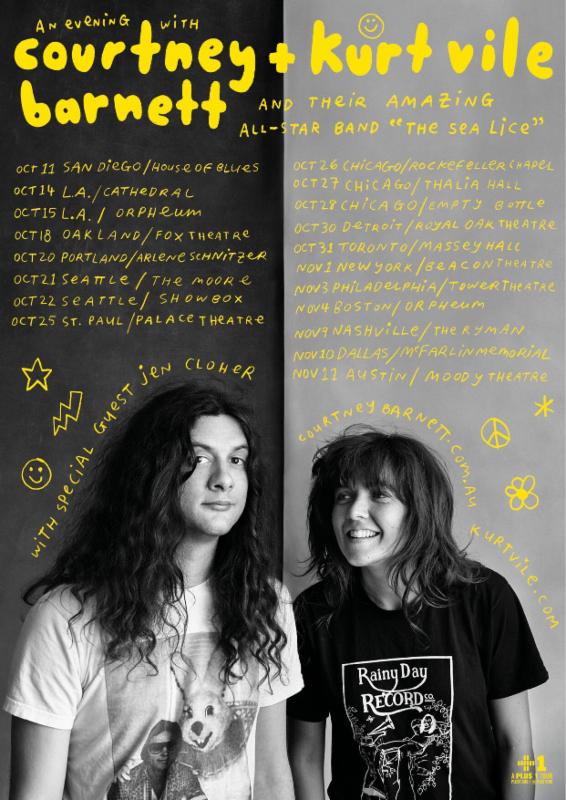