Made In America day one is a soggy spectacle with J. Cole, Solange, Marian Hill, Migos and more - WXPN 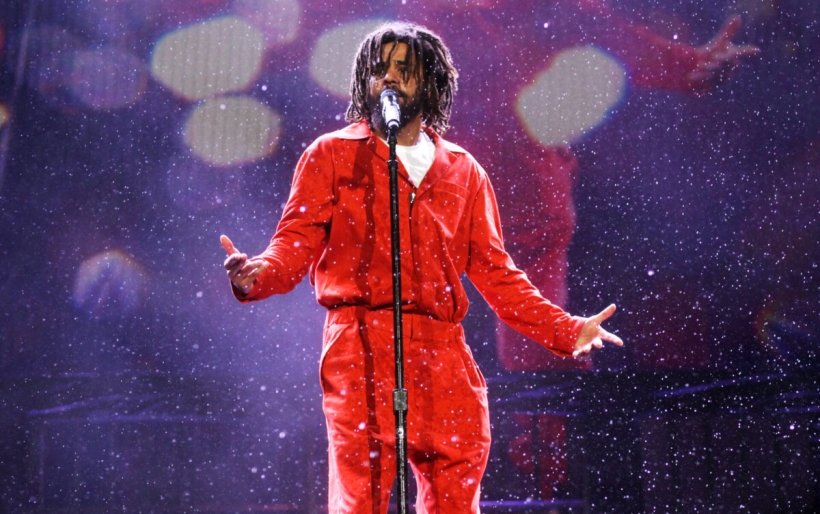 Made In America day one is a soggy spectacle with J. Cole, Solange, Marian Hill, Migos and more

Okay, yes — it was wet. It was muddy at parts. But though yesterday’s climate conditions during Made In America were less than ideal for a celebratory end-of-summer music festival, as Minneapolis rapper Lizzo pointed out during her early afternoon set, there was no room for us to grumble.

“We have a bit of a rain thing going on,” Lizzo said. “But this doesn’t compare to what’s going on in Houston. I’m from Houston originally, I have friends and family who lost everything.”

She encouraged the crowd to donate to relief efforts, and to do so at at the local level as directly as possible. Then she launched into a knockout performance of “Water Me,” a song she said she felt uncertain about playing in the wake of Harvey — “I’m done with water” — but one her Houston loved ones encouraged her to embrace, saying it uplifts them.

So, let’s not dramatize yesterday’s weather. It was soggy, it was a slog to get from point A to point B (but it usually is during MIA, honestly). But the show went on.

We caught a breezy opening set from Philly indie pop four-piece Queen of Jeans to start out the day, followed by a commanding performance from North Carolina rapper and Kendrick collaborator Rapsody on the Rocky Stage. Philadelphia’s Marian Hill hit just as the downpour did, but they managed to keep the spirits high, despite a slippery situation (quoth Samantha Gongol: “I’m going to fall off this stage.”)

Philly punk four-piece Mannequin Pussy raged on the skate stage and bandleader Marisa Dabice joked about buying sushi at the Whole Foods behind them just a few days prior (“Life’s a wild ride.”). Sampha was dazzling and dynamic, despite contending with disinterested attendees crowding in for Migos‘ set (to be fair, the Atlanta rap sensations were a lot of fun too), while high-energy Bronx rapper Cardi B was one of the afternoon’s highlights. Solange‘s production-intensive set followed pretty much the same format as her Roots Picnic appearance earlier this year — which, we’re not complaining, it was incredible then and now — with saturated red lights, minimal-yet-ornate backdrops and dazzling choreography. But there were two major differences. First, the dozen-ish piece brass band that joined her on “For Us,” and then Sampha rushing onstage to sing the hook on “Don’t Touch My Hair.”

Solange acknowledged ugliness in the world that’s reared its head over the past several months — “we got Nazis carrying citronella torches, we got anti-gay anti-lesbian anti-muslim people out there, and yet we can’t get mad.” But, she said, anger is justified, and she and the band channeled it into a transcendant performance.

J. Cole capped the night with 90 minutes spanning his four studio albums and diving into his mixtapes. His lyrical topics ranged from social critique — taking on racial profiling in “Neighbors,” a cut from last year’s 4 Your Eyez Only — to reflections on interpersonal relationships and love — “Wet Dreamz,” a take on insecurities from 2014 Forest Hills Drive. He was backed by a band and string quartet, and the performance sounded tremendous, if somewhat less hooky and hit-oriented than previous MIA headliners Rhianna, Beyonce and Kanye West.

But Cole has devoted fans, and a throng of them could be scene circling out from the foot of the Art Museum steps, all around Eakins Oval and down the parkway, cheering and singing along, not too concerned with dampness.

Check out photos from Day One of Made In America below, care of Key photog Ben Wong (aka @brotherlylost). Queen of Jeans | photo by John Vettese for WXPN Cardi B | photo by Ben Wong for WXPN | brotherlylost.com