PREMIERE: Cherry breaks down the myth of maturity on the Dumbness LP - WXPN | Vinyl At Heart 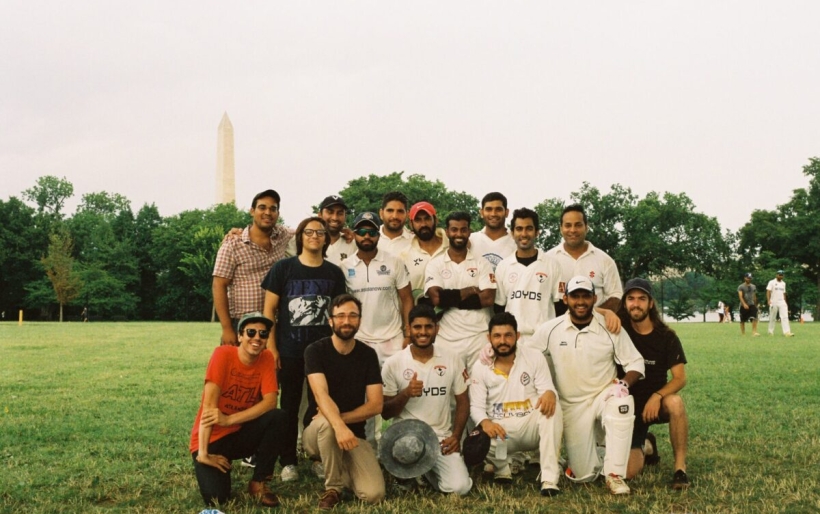 Cherry | photo courtesy of the artist

PREMIERE: Cherry breaks down the myth of maturity on the Dumbness LP

A couple weeks ago, Russell Edling spent a weekend on the coast of Maine, camping with his girlfriend Gabby in Acadia National Park. After spending the daylight hours hiking miles up rocky cliffs and across mountain trails, they returned to their campsite – where their neighbors were, eh, not exactly chill.

“It was a bunch of dudes drinking and smoking and giggling until really late at night,” he recalls. “They could be 14, but I bet when Monday rolls around they’re going to tie their Windsor knots and get back to the office. It’s an escape. I see that person, and I think they’re a serous professional person. Then I hear them at midnight cooking hot dogs and I’m like ‘what the hell is going on?’”

There’s an odd and seemingly infinite chasm between careless youth and adult responsibility – one Edling, having just turned 29, is acutely aware of. It’s a central theme of Dumbness, the debut full-length from his band Cherry, which we’re happy to give you a first listen to today. The idea of maturity, he muses, is a myth; “I feel like people just get to a point when they stop caring.”

The record is a haze of atmospheric rock and roll driven by fuzzy guitars and ethereal synthesizers, with Edling’s wry deadpan at the center. It sounds like any number of touchstones from the past 30 years of music; the bright New Order-esque drive of “Under the Sun,” the medatative Yo La Tengo expanse of “Cherry,” Grandaddy oddities like “Sametown” and the opening title track.

Like the music places nostalgic tones in a contemporary context, so too do Edling’s lyrics seem like fleeting memories, shapshots preserved in verse form. From “Under the Sun”: “down in the park, kickflipping in the dark / come up and see me like you did when you were young.”

“That song especially, it takes me back to being a teenager skateboarding a lot and having this weird romantic sense of invincibility,” sayd Edling. “And it’s kind of profound to think about how that felt and how you feel now, and try to reconcile the differences and what it’s like to get older. I kind of half want to go back real bad and half know I can’t.”

To a degree, nostalgia is pointless – at least in the sense of actively wishing one were a kid again, actively elevating a time and place that is long gone. But in terms of a wistful memory, a momentary glimpse in the rearview, Edling finds it charming, as long as you remain grounded in reality.

“A lot of the songs on Dumbness definitely deal with that sort of thing,” he says. “Being younger and having this naïve outlook. So much of the record to me is about realizing the principles I lived by as a kid, and the way I thought ‘this is how the world works,’ are kind of goofy and thrown together, and not as purposeful as I imagined.”

That applies to his campground neighbors, for sure – living in self-centered arrested development on the weekends, a permanent stage of age 22, and then going back to work on Monday – and it also applies on a bigger scale. Those with great levels of power and authority are no less children than the dude pounding Old Milwaukee a 3 a.m., or the kid on the homemade halfpipe.

“I’ve always been so drawn to patterns and rules and principles,” Edling says . “It’s been dizzying to live in a time now that principles are so malleable and ethics are questionable and everything is so grey. For whatever reason, I grew up with this understanding that the world is so black and white and good and evil, and it’s been a trip to see that that’s not the way it is.”

Dumbness is out on Lame-O Records this Friday, September 29th; take listen to the record below, grab a binyl pre-order here and catch the band on tour this fall. Dates and a flyer can be found below, including an October 7th date at Boot & Saddle. Tickets and more information on that gig are available at the XPN Concert Calendar.