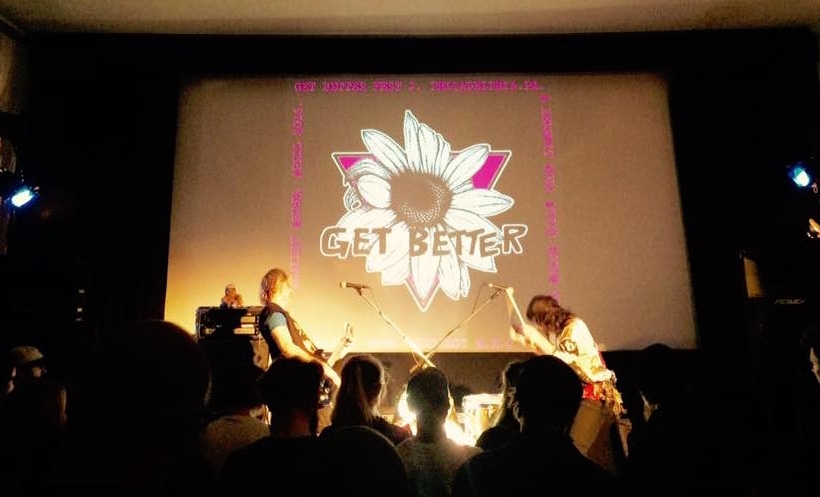 Each spring for the past four years, Get Better Recordshas thrown an event that always leaves us looking forward to the next. The local independent label just announced Getter Better Fest 5, happening over three days in May at two locations — this year it’s the First Unitarian Church and LAVA Space. Not all of the bands have been announced yet, but with initial lineup we have so far, it’s already shaping up to be a stacked weekend of tunes. And Get Better Fest is as much about the community as it is the music — the festival always seeks to promote a diverse and inclusive lineup, all while raising money for local and national organizations.

This year’s Get Better Fest will be a benefit for Morris Home, which provides resources and support for trans and gender variant individuals, and Black and Pink, a group that works for prison reform to end violence against LGBTQ prisoners. A third beneficiary is yet to be announced. On the lineup already are Dump Him, Control Top, Big Nothing, Soul Glo, Kilamanzego and Solarized, with lots more still TBA.

Founded in 2010 by Philadelphian Alex Licktenhour, Get Better Records is a queer-run independent label that strives to reverse underrepresentation in Philadelphia’s queer arts community, especially in the punk/hardcore/alternative music scene. The label has released music by artists such as Thin Lips, +HIRS+ and Cayetana. Get Better’s most recent release was a benefit compilation of over 100 songs to help pay the medical bills of those affected by the violence in Charlottesville and the devastation caused by Hurricane Harvey.

Get Better Fest 5 will take place May 4-6, 2018. Find more information on the event’s Facebook page.

Listen to Get Better Records: Benefit Mix Tape Vol. 4, which features artists from Radiator Hospital to Aye Nako to Littler, below.