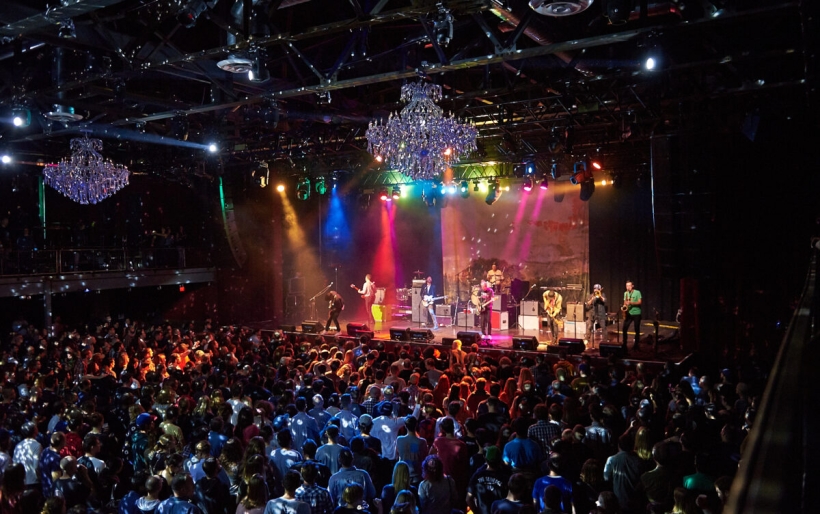 “I believe in love, and that’s what we’ve always tried to do: Spread the love. It’s not a great day,” speaks Kevin Drew, co-founder of Canadian baroque-pop experimental musical group Broken Social Scene. “It’s a very hard time right now. Evil will always be in the room. But, we’ve gotta get together and we’ve gotta outshine it.”

“I didn’t think coming into this tour I’d be talking about love,” he continues. “I’m 41 years old, and I’ve gotten my ass kicked many times by my own heart. But, I believe in love, ladies and gentleman.”

Broken Social Scene began the encore of their show at The Fillmore on Monday referencing the series of violent and tragic events that occurred on Sunday, October 1st, 2017 in Las Vegas, where nearly 500 concert goers were injured and almost 60 died due to a gunman open-firing into a crowd at Route 91 Harvest Music Festival. The band then delved into a deeply intimate and emotional version of “Lover’s Spit”, before Kevin Drew entered the audience, front and center. “Let’s hug it out”, he says, mid-song, hugging fans and lending them the mic.

A certain connectedness was established, and it said one thing: we’re all in this together.
It wasn’t long after the song ended before Kevin Drew introduced Erica onto the stage, a fan he’d been singing with. Gripping the mic, she said, “This is a really big thing for me and I never thought I’d actually get to see these guys live. I have a beautiful son with my boyfriend and, [motions to her boyfriend in the crowd] I think you should marry me,” leading the crowd to erupt in cheer.

The whole night had an uplifting, therapeutic and emotional flare, from multiple moments of crowd participation, including everyone screaming in unison as loudly as possible, to a cover of Tom Petty’s “Don’t Come Around Here No More” by Scottish Indie rock band Frightened Rabbit, the opening band on the Hug of Thunder tour. It’s no surprise that Frightened Rabbit was chosen to support Broken Social Scene’s tour, given their mirrored ambient, yet, bold indie-rock. The stage for Broken Social Scene’s set was shared with band members old and new, including vocalist Ariel Engle, who took over the position previously held by Leslie Feist, Emily Haines, and Amy Millan. She was joined by founding members Brendan Canning and Kevin Drew, as well as long time member Charles Spearin, and multiple other horn players who seemed to pop up from backstage at a moment’s notice. Engle, timid at first, embraced her newfound limelight further into the set during “Stay Happy” and their title track, “Hug of Thunder.”

Broken Social Scene is touring for the first time since their hiatus in 2011, supporting the release of their July release Hug of Thunder, a record inspired by the 2015 Paris attacks. After hearing the tragic news, band member Charles Spearin contacted Brendan Canning, saying “I just want to play shows again”, before Canning, Drew, Spearin, and the rest of the collective, decided to record new material altogether.

Below, check out a gallery of photos from their Fillmore performance, as well as the show’s setlist. 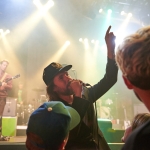 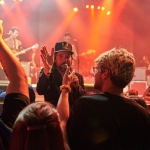 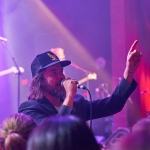 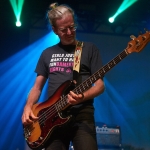 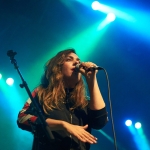 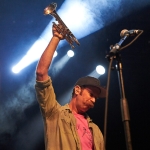 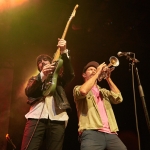 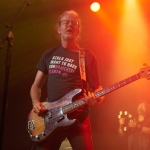 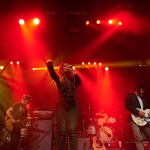 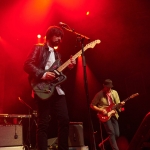 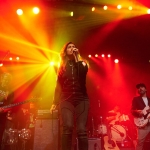 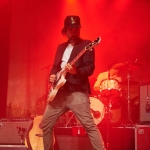 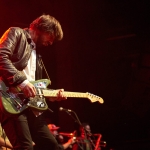 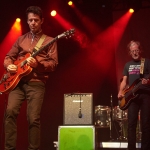 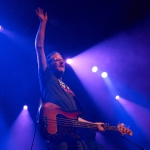 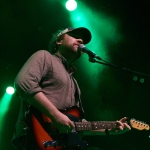 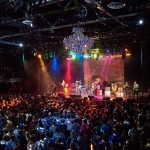 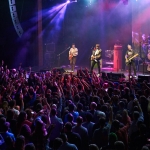 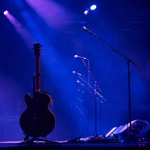 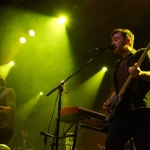