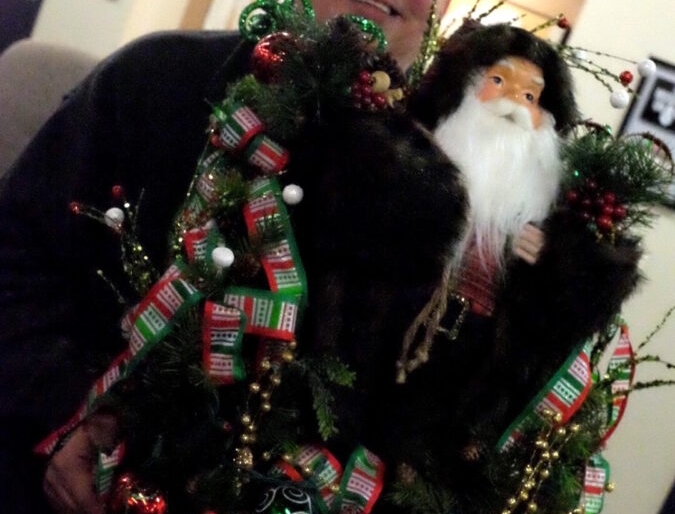 Robert Drake returns for the 25th Annual #XPNNightBefore – and the second Holiday Card-Tastrophe!

A quarter century ago, WXPN was in need of a body – any body – to work Christmas Eve. It was that pre-digital era when specialty shows were broadcast from reel-to-reel tape, which meant someone had to thread the shows into the machines and hit play/stop at the right cues. With no real plans in place, I volunteered to work – as long as the station would allow me an hour or two to play songs from my personal collection of holiday music. What they didn’t know was that, since I was a teenager, I began collecting obscure Christmas records. Over time I had a bizarre collection which was just begging for a little airplay. That was Christmas Eve 1993.

Here we are twenty-five years later and what was once a couple hours has morphed into The Night Before on XPN with Robert Drake: a twenty-four hour tradition for tens of thousands of households worldwide. Speaking of traditions, 25 is traditionally the ‘silver anniversary’, so this year I plan to embrace the Silver Bells throughout the show – which by the way, will run 25 nonstop hours – one extra hour to celebrate the milestone!

Additionally, I had such fun last year, that I am officially rolling out the 2nd annual Robert Drake’s All-Original Non-Denominational Strictly-Recreational 24 Karat Holiday CardTastrophe!

It might be a mouthful – but it’s really quite simple. It’s a contest folks can enter simply by sending me a holiday card. No emails. No website entries. Strictly old-school USPS. I’m going to hang ALL the cards I receive inside the XPN studio so everyone can soak in the beauty during this year’s 25th anniversary edition of The Night Before on XPN broadcast, thanks to our JingleCam – streaming in glorious HD video!

But – before I decorate, I want to celebrate! Beginning Tuesday, November 28 and daily through Friday, December 22 (twenty-five days!) I will select one card at random and award that person a prize from the XPN prize closet! Nothing crazy – just a little token of thanks for being part of our annual celebration of the season! The sooner you enter, the better your chances to win! Here’s how: The Holiday Card-Tastrophe | photo by John Vettese for WXPN

Send me a card – be it brand new, or homemade or perhaps you have a leftover card from holidays past … or recycle an old card if you want! It doesn’t have to be a Christmas Card either (after all, it’s in the contest name!) Go ahead … recycle that old birthday card you got from your insurance agent!

Inside the card write your name, mailing address and include either a contact email or phone number. Also, if you have holiday greetings you’d like me to read on the air during The Night Before on XPN – include that as well. Then mail it to me:

You can also save a stamp and bring your sealed card to an upcoming Free At Noon concert beginning Friday, November 17 through Friday, December 15 and drop them off in our home-made mailbox at the WXPN table in the lobby.

If you’re on Facebook, join me and other fans of The Night Before in our special corner of the world. Starting November 28 I’ll be announcing the daily winner in that group – and also on Twitter, @DJRobertDrake – plus I’ll alert the winners directly.

So send me a card and let’s get ready to celebrate a quarter-century of The Night Before on XPN!!