It's Time I Got Back: Watch Weezer play the Electric Factory in December of 1996 - WXPN 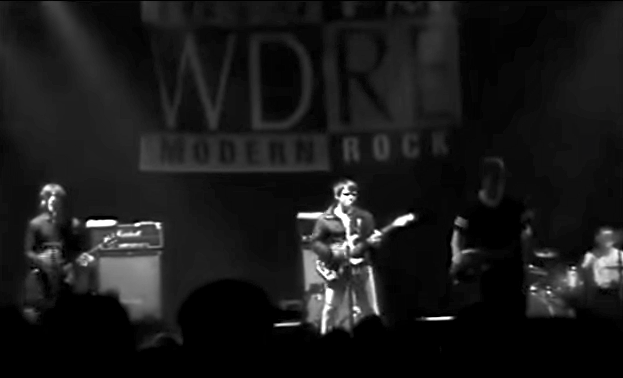 It’s Time I Got Back: Watch Weezer play the Electric Factory in December of 1996

Whether you’re a 90s alt-rock fan in general or a Weezer fanatic in specific, here’s a Philly show you probably wish you’d gone to. December 5th, 1996 — a headlining set from Rivers Cuomo and company at the Electric Factory, featuring an intensely awesome setlist.

Opinion on the quality of Weezer’s musical output in the time since this gig is fiercely divided — personally, I can hang with them through about 2008’s Red Album, which is really only the midway point of their discography. Others think anything post-reunion (2001’s Green Album was technically their “comeback” after a five-year hiatus, remember?) makes for horrendous listening; others still will tell you that 2014’s Everything Will Be Alright In The End and this year’s Pacific Daydream are valiant efforts by artists who don’t want to be pigeonholed by nostalgia for their early work.

But just like I don’t see anybody rushing to the defense of last year’s super creepy single “Thank God For Girls,” I also don’t see many people disputing the take that the band’s self-titled debut (“The Blue Album”) and its followup Pinkerton are the two strongest works in the Weezer canon. And so, back to that setlist for this Electric Factory show — it features every single god-dang song from Pinkerton (even the acoustic “Butterfly,” what the hell?) as well as seven of Blue’s ten songs (absent are “The World Has Turned and Left Me Here,” “Holiday” and “Only in Dreams”) and a soundtrack selection, “You Gave Your Love To Me Softly,” from the high school comedy Angus.

In this video, we hear the band open the night with the first two songs on Pinkerton, which are warmly received — but the crowd really freaks out when the opening acoustic strums of “My Name is Jonas” pipe through the PA.

The band isn’t terribly much for conversation, ripping across the set from one jam to the next to the next. When they talk, they’re very much in clownish Weezer mode — the group of goofy guys from the “Undone (The Sweater Song)” video, Matt Sharp in particular — he speaks in a jokey British accent (“this sawng is cawlled ‘Pink Triangle,’ ohhhhlWRITE?”), speaks in a Cartman voice a solid year before South Park debuted, and gets in an awkward bit of “Philadelphia sucks / Philadelphia rules” banter with fans. (“Man, that was gratuitous,” observes Cuomo.)

The band also performed backed by a massive banner for Philly alternative radio station WDRE, who were massive local supporters of Weezer — in a moment that’s bittersweet in retrospect, program director Jim McGuinn steps to the stage after the encore wraps up with “Surf Wax America” and thanks the crowd, asking them to mark their calendars to see Weezer’s return on June 1, 1997 for DRE Fest 2. (The station sadly flipped format in February, before that could come to pass.)

Watch the video of Weezer’s 1996 Electric Factory gig, and check out the setlist below. Were you there? Let us know your memories in the comments!

Setlist
Tired of Sex
Getchoo
My Name Is Jonas
Pink Triangle
No One Else
No Other One
Why Bother?
In the Garage
You Gave Your Love to Me Softly
Falling for You
Say It Ain’t So
The Good Life
Undone – The Sweater Song