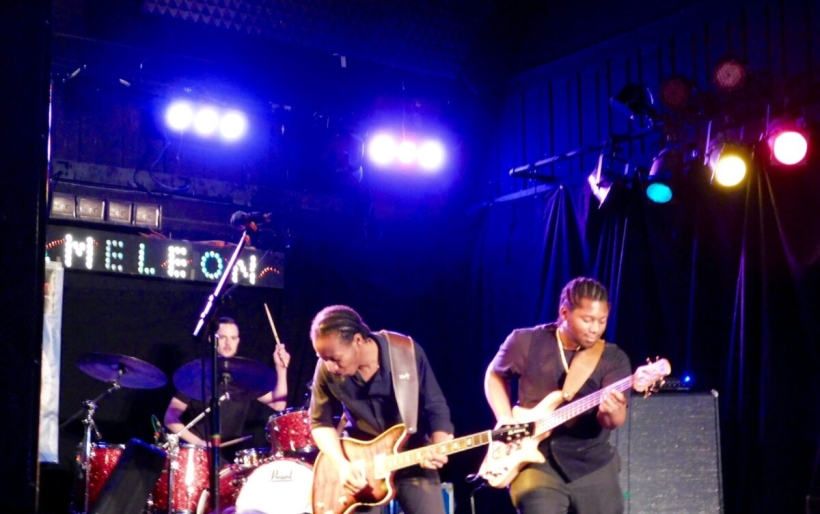 The Peterson Brothers | photo by Lauren Rosier for WXPN

Year-End Mania is the Key’s annual survey of the things below the surface that made 2017 incredible. Today, Key contributing writer Lauren Rosier shares her favorite live music moments from Central PA.

Once again, we’ve reached the end of another year, and the love/hate relationship I have with year-end lists! Regardless, it was a tumultuous year, to say the least, and as like many American citizens, music was my outlet.

1. Bells on November 12 at Harrisburg Midtown Arts Center (HMAC), Harrisburg, PA – The one band that I had been dying to, after catching them at The Depot in York, PA, a few years back, was Bells. Their set at the Depot pulled me in and left me wanting to hear more, so when I heard they were playing in Harrisburg, I was thrilled. The HMAC show actually almost never happened, but once everything was in place, their set was a stunner. The energy each of the members were able to create from the very first song to the last was what I look for in a great live show and their set at HMAC was definitely my favorite of the year.

2. The Districts, Abi Reimold, Friendship on November 18 at Harrisburg Midtown Arts Center, Harrisburg, PA – 2017 has been a great year for the Philly via Lititz indie rockers, The Districts, from touring, a brand new (incredible, might I add) record, to ringing out New Years Eve at Johnny Brenda’s. The lineup for this show was almost perfect.

3. Lancaster Roots & Blues Festival from February 24-26 at multiple venues through Lancaster City, PA – If we’re talking Lancaster, there are many great things going on, and the annual Lancaster Roots & Blues Festival is one of them. Though the festival is still in its infancy, the festival hasn’t lacked in talent. From bringing big names, mid-level artists, to new, up and coming talent. At the 2017 festival, I caught the talented Carsie Blanton, to blues rocker, Davy Knowles, to blues greats like Lucky Peterson.

4. Cloud Nothings on May 21 at Chameleon Club, Lancaster, PA — The indie rock/post-punk outfit’s 2017 release, Life Without Sounds, was on my list of 2017 favorites. Their live show was raw and gritty, but with a polished twist. I loved their record at first and this show even solidified that that notion even more. They were able to bring Life Without Sounds to life in a way that other artists cannot.

5. Matchbox Twenty and Counting Crows on August 28 at Hersheypark Stadium, Hershey, PA – Both 90s-00s alternative/rock bands were two of my favorites. After my best friend and I scored some cheap tickets off Groupon, we ventured down a journey of memory lane. Though they were stadium seats, nothing can take away the memories of seeing your favorite artists (finally!) live. This was one of those shows.