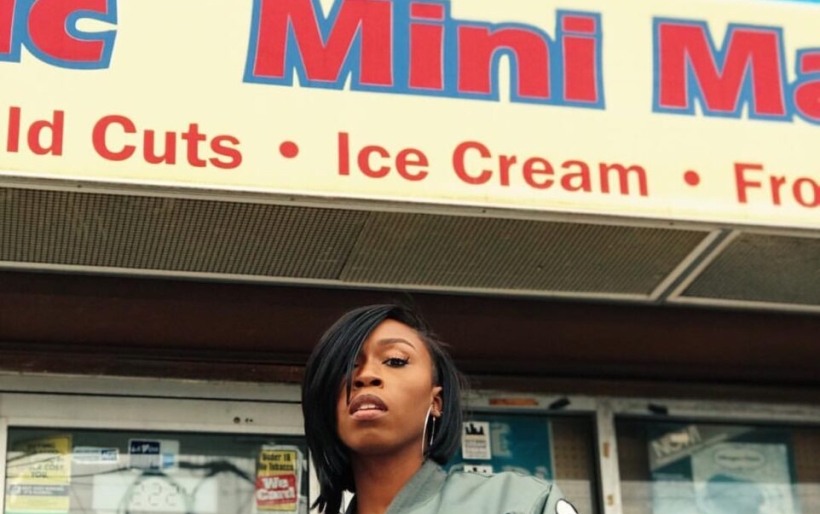 Noel Scales | photo by Phil Meyer | courtesy of the artist

Being an artist sometimes means being open and vulnerable about yourself, which may explain why a plethora of them, like Erykah Badu, are sensitive about their shit. But having the courage to open up to the public allows the world to see their perspectives and truths, whether you share them or not — and Philadelphia’s own Noél Scales is no different.

Since the age of 10, the young singer has been exposed to music from the late icon Prince, well respected art programs in the city such as Philadelphia Youth Poetry Movement and Girard Academic Music Program, all of it preparing her to open the doors to the public so they can enter her world. I recently had the chance to sit down with Noel to talk about her humble beginnings, her debut EP Beautiful Bad and what she has in store for 2018.

The Key: I did a little research and found out that you’re a huge Prince fan because your mother used to play his music a lot when you were a kid. What were the records of his that had the most affect on you?

Noel Scales: “Little Red Corvette,” “Let’s Go Crazy,” The whole Purple Rain soundtrack. Prince is a dynamic creative person as a whole. He was always somebody that I tried to be because I feel like he was very unafraid in his art…to be very brave and to stand strong with your art is something that I admire so much.

TK: I also found out that you were part of Philadelphia Youth Poetry Movement and Girard Academic Music Program. How have these two programs helped shaped your artistry?

NS: It’s because of them that I am able to be the artist that I am today, they taught me that it was okay to be myself. PYPM taught me how to be more outspoken in a more eloquent way. I still struggle with that. [laughs] Girard Academic Music Program helped me understand work ethic and honing my skills as a musician. If you want to be a songwriter, you have to write every day. If you want to be a piano player you have to practice every day.

TK: The Beautiful Bad EP sounds like reflective thoughts of a breakup; the beginning, the highs, the lows, and the aftermath. Can you explain the allure of wanting to be both bad and beautiful?

NS: I’m not perfect. I have these moments in my relationships and it’s just sometimes in life where I fuck up, but I still want to be loved despite of my fuck ups.

TK: The second track “Picky” shows that you’re very selective when it comes to everything, from the people you surround yourself to even the strain of weed you smoke. How important is it to be picky, and should there be a balance on how picky you should be?

NS: I feel like being picky is a process when you’re growing into the person you want to be. What I’m learning from now listening to that song to comparison to when I was writing it is that I have not been as picky because more people are reaching out to me and trying to work, create and I’m so interested in working with more people, but at times I found myself overextending myself. What I want to impress upon people, even if I’m still learning it, is that being picky doesn’t mean that you’re being mean, being Hollywood, or being an asshole, it really just means protecting your energy. Protect that shit because it really is all that you got.

TK: After being picky with your options it seems like you become sprung on “Tune In.” What are the characteristics that one must have to make Noel Scales infatuated with them?

NS: Be a really charming musician that looks like Romeo in the beginning but ends up being ODB at the end. Now that’s for infatuation, but if you mean love, then it’s different. In 2018, for me to entertain the idea of love, you have to have your own set of goals. A life that set up for yourself already meaning you don’t need nothing from me at all. My wants in love are way different now, I just want someone that’s sane and well put together. Someone who isn’t trying to shake me up because I’m independent and good on my own.

TK: “Drippin” sounds like the lows of the reflective moments where you’re angry, hurt, intoxicated yet you still want to see the person who caused these emotions. How is it that people still fantasize about the drippin’ even though it comes with negative feelings?

NS: The familiarity. The accustomed feeling you have with that person, especially if you’re not the type of person that can be like [snaps fingers] “I’m done, goodbye.” This particular person that I was talking about in the song, I dated him for a year, that was someone that I was with on the regular and rocking with him, and even though there was a lot of negativity that came with it you still have this little devil that comes out when you get tispy like “You know you want to call him,” and you’re like “No, no I don’t.”

NS: And you’re just like “what do I do?” Because you got comfortable with that familiarity of that person. Y’all know each other well and again you’re drunk.

TK: So after the highs and lows are over how does Noel Scales regain her confidence?

NS: Hmm, I definitely would say I started working out like crazy. I’ll just start going to the gym and start running everyday and try to clear my mind. It really just be like you have these off moments where the world penetrates your mind and you kind of have to remember who you are. It was never that I wasn’t confident or secure with myself, it was more so I forgot this is who I am but love can just distort that.

TK: What does Noel Scales have coming up for 2018?

NS: The “Picky” video is coming out at the top of the year. I several shows coming up, I may be on some festivals, so I’m crossing my fingers, very excited about that. A movie tour coming out about an independent film that I was a part of. Some songs dropping with Killiam Shakespeare, Dayne Jordan, and another artist that I won’t name yet.

Noél Scales performs live with the Joey Stix Experiment at Pub Webb on Tuesday, January 23rd, and with Chynna Rogers on Friday, February 23rd. Details on both shows can be found at her Facebook page.