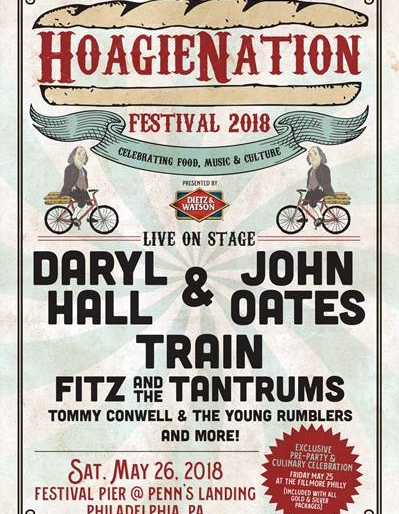 Word snuck out back in December about Philly soul/pop staples Hall & Oates‘ second edition of the HoagieNation Festival, set for Saturday, May 26th at the Festival Pier at Penn’s Landing. At that point, all we knew was that the smooth hitmakers were once again headlining the gig, but today we have news about some of the artists who will be joining them on the festival.

Swinging dance-ready modern rockers Fitz and the Tantrums will be in the mix for HoagieNation, still touring strong on their self-titled outing from 2016. Repping the Philly rock scene of the 1980s, Tommy Conwell and the Young Rumblers will bring “I’m Not Your Man” and more to the stage. And Hall & Oates’ spring tourmates in Train will also perform, both solo and collaboratively .

Tickets for HoagieNation go on sale Monday, January 29th at 10 a.m.; more information can be found at the XPN Concert Calendar. 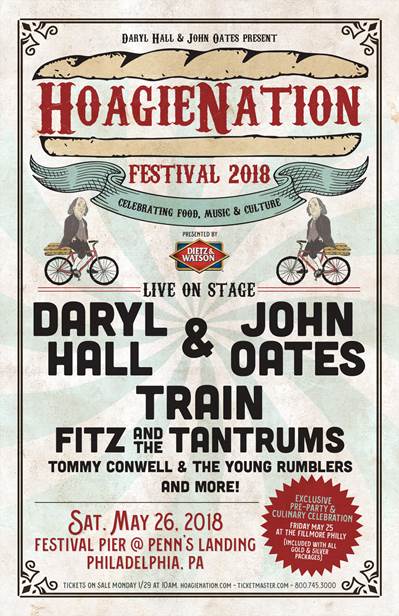