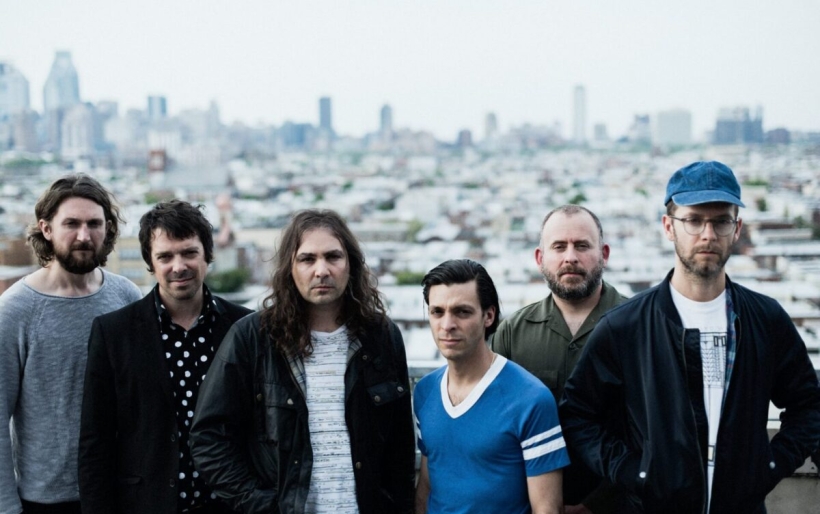 The War on Drugs | photo courtesy of the artist

Philly rock band The War on Drugs has picked up some serious momentum in their career recently. They’ve had their first number one single with the track “Pain” from their Grammy nominated album A Deeper Understanding. The band has been around for over 10 years, and are now riding the triumphant underdog wave.

They recently had the opportunity to perform “Pain” on The Tonight Show starring Jimmy Fallon, and although the song is full of somber lyrics and frustration, the rich, layered, arrangement and midtempo pace sounds slightly positive, like the soundtrack to a montage about someone’s life, or the like the song that plays at the satisfying end of an artful indie film. The significance of the stage didn’t seem to faze anyone, as they performed with the mellowed confidence of true rock veterans.

You can especially see it on the faces of frontman Adam Granduciel and saxophonist Jon Natchez, as they smile at each other during Granduciel’s impressive guitar solo at the 3:34 mark. Or maybe they were laughing about the giant “Fly Eagles Fly” patch on the back of Granduciel’s jacket. This kind of Philly underdog solidarity seems appropriate as they usher in this new chapter of greater success in their career.

You can catch The War on Drugs at the 2018 XPoNential Music Festival this July.