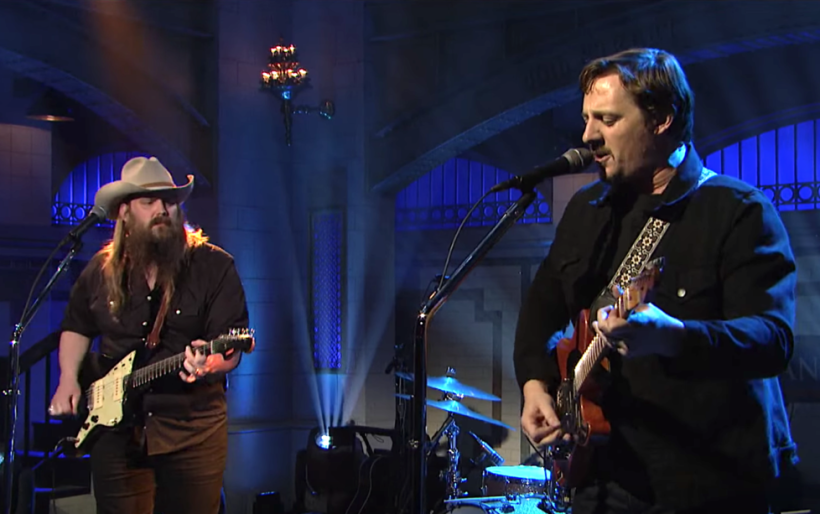 Call it a meeting of metamodern country greats. Last night on Saturday Night Live, Nashville’s Chris Stapleton was the musical guest, in support of last year’s two-volume From A Room project. As a surprise for fans, Stapleton’s lead guitarist was his Kentucky neighbor Sturgill Simpson, who co-headlines this year’s Saturday night concert at the XPoNential Music Festival alongside The War on Drugs.

During “Midnight Train to Memphis,” Simpson appeared in a low-key, cameo style — no formal introduction was made, he just played licks and bopped around until the camera panned over on him taking the spotlight for a verse. For the second performance, “Hard Livin’,” his presence was no longer a secret, as host Will Ferrell introduced it as “Chris Stapleton and Sturgill Simpson.”