"It Felt Like Everyone Won": Adam Granduciel of The War on Drugs talks Grammys and more with Pitchfork - WXPN | Vinyl At Heart 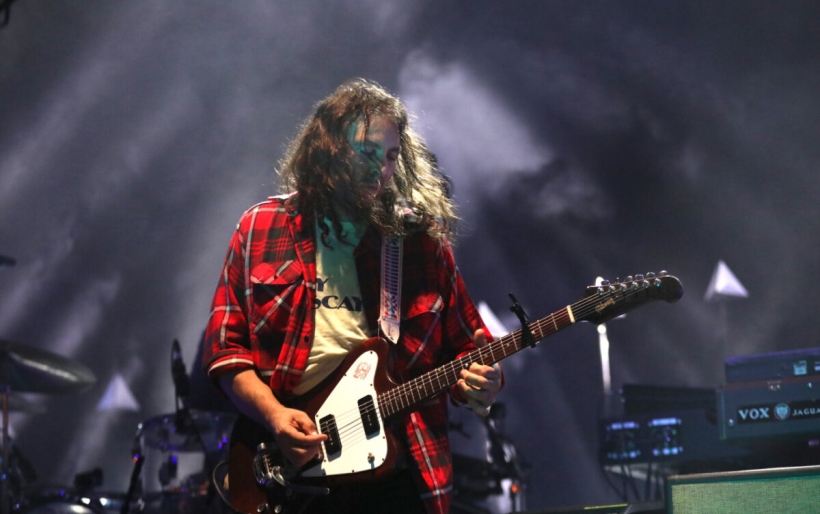 “It Felt Like Everyone Won”: Adam Granduciel of The War on Drugs talks Grammys and more with Pitchfork

After The War on Drugs had their big win at the Grammys for Best Rock Album, frontman Adam Granduciel connected with the folks at Pitchfork to discuss his feelings on the award.

Though Philly rock faves the Drugs are most readily associated with Granduciel, he described a feeling of camaraderie and true group achievement at the win.

We had a great time yesterday. We found out pretty early in the morning, around 11, so we had all day to kind of share the news. That night we got to play Laneway Festival, then we came back to our hotel and hung out on the patio. It was a great day. It felt like everyone won a Grammy. Like our monitor guy Lowell [Laurence]—he felt like he won a Grammy.

Granduciel also candidly reflected on the true significance of the awards; he was rooting for Lorde’s Melodrama for Album of the Year, and it went home statueless.

There are so many great records that when you grow older, you’re like, “Oh man, this is the best record ever made.” And you’re like, “Oh it didn’t get nominated or win a Grammy.” It’s countless, how many amazing, classic American records haven’t been knighted or whatever. The art is going to live past the night.

And as a committed sports fan, Granduciel expressed his excitement over the Eagles heading to the Super Bowl this Sunday.

As intense as Eagles fans are or as Philadelphia fans are, they really just love their team and they’ll be happy either way. The Eagles have made Philadelphia proud. When we were in New York when they beat the Vikings, I was like seeing pictures of our neighborhood in Philly and I was like, “Ah man I wish we were there,” you know? I hope I have another moment next week when I’m in Brisbane where I’m wishing I was in Philly when they win.