From North Wales, PA to the Hoagie Nation: An interview with John Oates 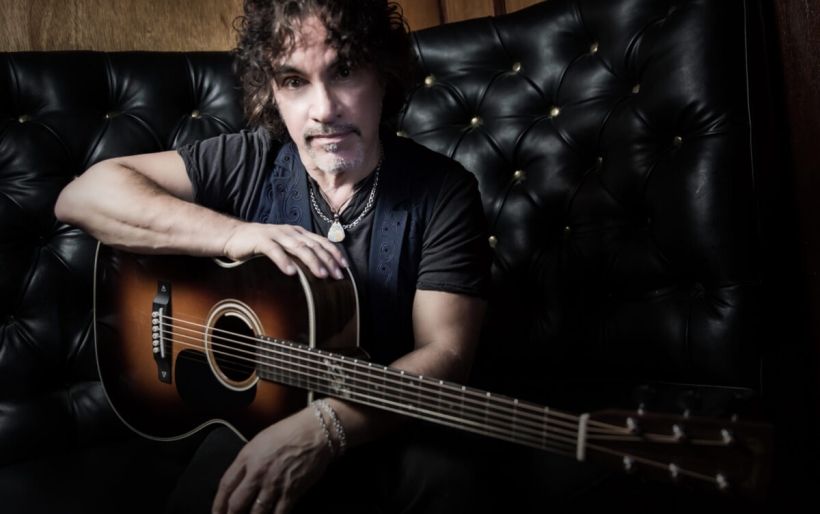 John Oates | photo by Greg Vorobiov | courtesy of the artist

From North Wales, PA to Arkansas to the Hoagie Nation: An interview with John Oates

Anyone who knows the platinum-plated duo of Daryl Hall and John Oates gets that they are two men separate yet equal and as far apart from each other as sausage and silk. It is when the famed twosome come together in soul-filled harmony that they ever-so-gloriously unified and of one mind.

Currently living in Nashville, and making solo music far apart from the R&B-based rock, it is Oates that seems farthest from where he started; North Wales, PA to North Philly’s Temple University campus, where he met Hall. For all of the soul-pop the duo is renowned for, Oates’ recent solo career – or at least his last four studio efforts 1000 Miles of Life (2008), Mississippi Mile (2011), Good Road to Follow (2013), and now, the newly-released Arkansas – is ingrained in the coffee house folk that he loved as a young troubadour.

On his way to an Arkansas-based live showcase at World Café Live this Tuesday, February 6, Oates rapped about his new music, his still new autobiography Change of Seasons, and – of course – the just-announced second iteration of Hoagie Nation, Hall & Oates’ showcase of locally-curated bands and meat products, which returns to Festival Pier on Saturday, May 26, this year featuring their new summer tour partners, Train.

The Key: There is a trajectory to your solo stuff that winds up at Arkansas where each album is more earthen and rooted in the folk sound where you started. Why do you feel as if you’re going further down that road with each album within this decade?

John Oates: A lot of that has to do with my move to Nashville, and being embraced by the Americana and roots music community there. For me, it’s a return to the sound that inspired me in the first place, as a young musician.

TK: Within that same trajectory, where do other sounds figure into it – perhaps the R&B or rock vibe your H&O projects have? Or do you feel as if you purposely hold that apart from your solo stuff?

JO: I want my solo work to have its own identity and this new project really defines that.

TK: Is there a specific talent to writing something as naked and rootsy as Arkansas that exists or lives in a different head space than… say… Phunk Shui… or your songs with Hall?

JO: It’s all just pure inspiration. Take the song “Arkansas”; that was the result of a night standing in the cotton fields under the moonlight along the banks of the Mississippi River. It just poured out of me. John Oates | photo by Philip Murphy | courtesy of the artist

TK: What was the very first song for the Arkansas project – the one that gave you a picture or feel for where the rest of the album would go?

JO: The first we cut was “Stack O Lee,” which is a Mississippi John Hurt classic. The sound that band brought to that song definitively set the tone for the rest of the record.

TK: What sort of musicians make up the Good Road Band? What talents must they have? I dig that you jammed with cats such as Vince Gill and Jerry Douglas on previous settings.

JO: They are all seasoned and sensitive musicians with track records a mile long.

TK: What do you recall most about 1966’s “I Need Your Love,” with The Masters for Crimson Records? Who and where you were at the time?

JO: I was a teenager and we pulled together enough money with my high school band to make that record. We recorded that on North Broad Street at Virtue Sound on a 4 track tape machine.

TK: When was the last time that you had occasion to hear it?

JO: Two years ago when we were on tour with Sharon Jones and the Dap-Kings, They learned it, played it for me, and asked me to perform it with them on stage.

TK: Are you tired of people bugging you about not recording with Hall? I get that nothing is etched in stone but you guys have different musical tastes as songwriters and – presently – ne’er the twains shall meet.

TK: The two of you have always been individuals – your own men. Yet as a long running duo there had to be times when you were skin tight. When was the last life moment where the two of you existed in that sort of union and why then?

JO: When we started out, we spent 24/7 together on the road, writing and recording. By the mid-80s we still worked together but truly began to lead much more separate lives.

TK: The last time we chatted, you and DH were just gathering steam on Hoagie Nation #1 with Tears for Fears. You must have had a great time as #2 is already on sale. What say you about what you dug most about #1?

JO: It was just a really great way to celebrate all things Philly. I’m looking forward to the 2018 fest. And Train’s a great pop group. Pat (Monahan) has a truly amazing voice. I can’t wait to collaborate with them on the tour.

TK: Writing Change of Seasons — a lot of honest hardship as well as good times fill its pages. Was writing that cathartic? Was it meant to me?

JO: It was a labor of love and a new challenge. It brought back memories that could have been long forgotten. I am considering a second volume where I’d like to detail my experience moving to Nashville and re-discovering my true musical self.

TK: Your solo songs have a great embrace of narrative – as does Change of Seasons. What song of yours says the very most about who and what you are?

JO: I think right now it would be “Dig Back Deep” on the new album. It really describes where I am musically and in a way is lie a collaboration with Mississippi John Hurt by adapting one of his song and makes it into a new original of my own.

John Oates with the Good Road Band performs at World Cafe Live on Tuesday, February 6th. Tickets and more information can be found at the XPN Concert Calendar.