David Byrne shares American Utopia track "This Is That" - WXPN 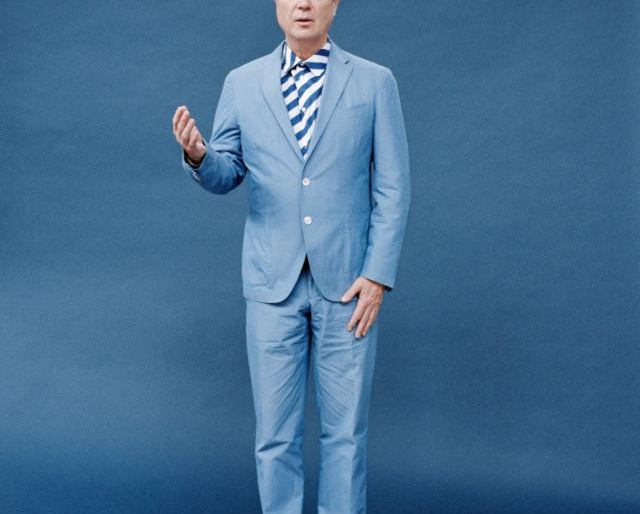 David Byrne | photo by Jody Rogac | courtesy of the artist

David Byrne shares American Utopia track “This Is That”

Listening to music from this year’s upcoming XPN Fest headliners is one of the best ways to beat the winter blues on a dreary February day — especially when that headliner is David Byrne and he’s just released a new song. Byrne’s forthcoming album American Utopia is due out March 9, and the iconic artist has just shared a second single, “This Is That.”

Co-written and produced by Daniel Lopatin, also known as Oneohtrix Point Never, “This Is That” strikes a more brooding tone than the first single we heard, “Everybody’s Coming To My House” (a Gotta Hear Song of the Week last month). Over the track’s four and a half minutes, Byrne reflects on the past and present with an unsettling sense of dissatisfaction that mirrors Byrne’s statement on the album: “These songs don’t describe an imaginary or possibly impossible place but rather attempt to depict the world we live in now. Many of us, I suspect, are not satisfied with that world—the world we have made for ourselves. We look around and we ask ourselves—well, does it have to be like this? Is there another way? These songs are about that looking and that asking.” American Utopia will be Byrne’s first solo album since 2004’s Grown Backwards.

Listen to “This Is That” and find American Utopia‘s track listing below. We’re lucky that Byrne is joining us for the festival, as most of his upcoming headlining dates are already sold out, including stops next month in Wilkes-Barre and Hershey. Byrne’s fellow XPN Fest headliners include The War on Drugs, Sturgill Simpson, and Sylvan Esso; head on over to xpnfest.org for more information.

American Utopia
1. I Dance Like This
2. Gasoline And Dirty Sheets
3. Every Day Is A Miracle
4. Dog’s Mind
5. This Is That
6. It’s Not Dark Up Here
7. Bullet
8. Doing The Right Thing
9. Everybody’s Coming To My House
10. Here
Related Content
View All Related Content