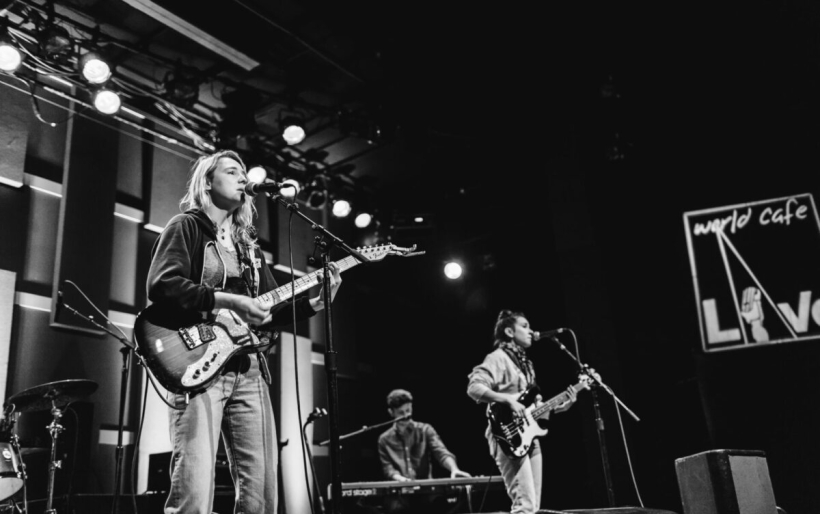 Taking shelter from the storm downstairs at World Cafe Live, Lissie brought their blend of folk rock and dream pop to Philadelphia on this blustery Friday afternoon. A mix of old favorites and yet to be released tracks, Lissie compiled a career-spanning set, urging new fans to dig back into their back catalogue while also offering up these new songs to satiate long-time fan’s hunger for new material.

Lissie covered the full spectrum of romantic feelings throughout the set, from the blunt “Love Blows” to the hopeful “Best Day,” and on “Blood & Muscle,” where Lissie described the ideal romantic love. On “Blood & Muscle” Lissie stripped down the sounds to let her vocals shine, where, instrumentally, the piano intro lead the way throughout the ballad. On the track, Lissie emotionally described the perfect form of love as “real and warm and alive, and not just in my mind.”

During the fourth song of the afternoon, “Love Blows”, the instrumental chemistry between the 5-member band displayed the breadth of sounds the full band is capable of. Wobbly, atmospheric keys provided a base layer for Lissie’s vocals in the opening of the song. Midway through the song, the bass and drums play sonic tag in a call-and-response style, echoing each other’s rhythms all while building up for a viscerally ‘70’s-sounding guitar solo – which wasn’t the only time the band let loose. On the closing song from the main set, 2010’s “In Sleep”, the audience was left with another rip-roaring guitar solo as a parting gift.

A perfect mix of promising new songs and tried and true set staples, Lissie and company dazzled the Free and Noon crowd this afternoon. View the setlist and relive the full set below. Also, check out XPN’s Concert Calendar for information and tickets on the band’s next Philadelphia show, May 25th back at World Cafe Live. 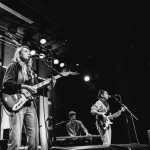