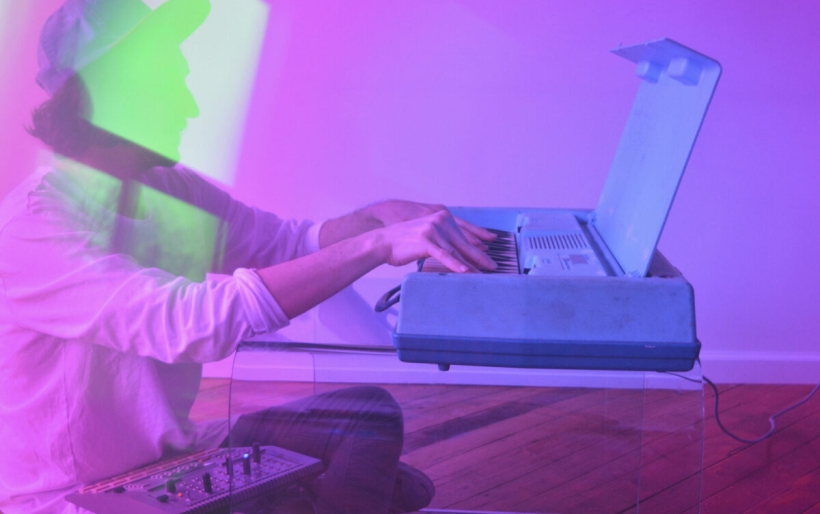 Vacationer | photo courtesy of the artist

Vacationer is intimate, yet incredibly catchy on its new single “Magnetism”

When we last heard from regional electo-pop band Vacationer, they were playing a New Years’ Eve gig in Fishtown, showcasing material from their 2012 LP Gone and its 2014 follow-up Relief. This year, they’re poised to make a much-awaited return with new music, and today we’ve got their latest single for your consideration — a bright and buoyant tune called “Magnetism.”

The track opens on a 50s pop drumbeat before the sampled string section and chiming syncopated synthesizers make an entrance; it’s classic Vacationer from that point on, but more romantic and vulnerable than we’ve heard from the band in the past.

The title comes from an F. Scott Fitzgerald short story that my girlfriend had mentioned early in our relationship. I like the word and it’s an accurate representation of this feeling we experience. Sonically, I wanted the track to bounce like a 60’s uptempo soul groove; like my warped interpretation of “The Loco-Motion” instrumental. This song gave me a lot of rejuvenation to finish the record. It sparked a new approach for my music-making and marks a point when I started enjoying the process much more.

“Magenetism” is the first taste of Vacationer’s upcoming third LP, which the band says will be released this summer. There are no live dates on the calendar just yet, but you can follow the band on Facebook to keep on top of updates.