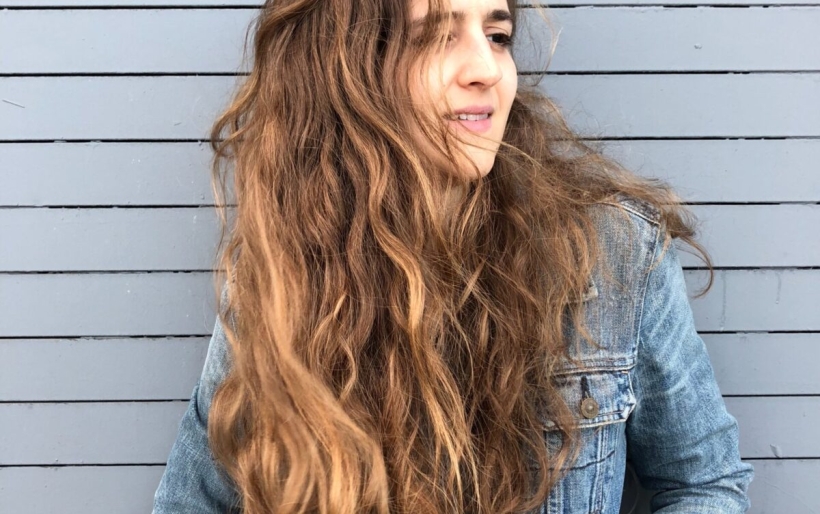 Wallace | photo courtesy of the artist

Earlier this winter, in the midst of a show at Ortlieb’s, I found myself describing Philly rocker Wallace to a friend via text message as “kind of like Sheer Mag without the radical politics and if Tina and Kyle were one person.”

What did I mean by that? Well, firstly, the band — really the artist, a nom de stage of Wallace Gerdy, lead guitarist of Philly’s Mattress Food — is also a rock band in the most classic sense: tasty 70s / 80s riffs, speedy rhythms, wry delivery and hooks hooks hooks. Second, it’s not to say that Gerdy does not care about society and the world around her, but society is not necessarily what her songs are about; they take a very personal outlook, there’s no revolutionary call-to-arms like Sheer Mag’s “Meet Me In The Street,” and there’s not necessarily anything wrong with that. Last: in Sheer Mag, Tina Halladay fills the role of charismatic frontperson with the gripping, gravelly voice while Kyle Seely is the lead shredder, establishing the band’s guitar identity; Gerdy, however, does both, often simultaneously.

The band’s three-song demo caught my ear in the January edition of my Items Tagged Philadelphia column, and is sadly not online anymore, as it was a really solid demo that had me comparing it to “Lou Reed via Liz Phair via Karen O via Ron Gallo.” It’s gone from Bandcamp with a good reason, however, as Wallace today is releasing their debut studio recording, the clever and infectious “Sunny Monday.”

Gerdy worked with engineer Jon Sambrick on the track, which features insturmental contributions from bassist Hannah Pugh and drummer Adam Figurelle. “They’re all incredibly talented people and I’m so thankful for them helping to make this vision a reality,” Gerdy tells us. “‘Sunny Monday’ is the first track I wrote for this project and it really inspired the rest of the songs for the upcoming album. This project is my baby and I’m so excited to finally get the chance to show it to people!”

With a “Sweet Jane” swagger and catchy lyrics about smokes and jokes, “Sunny Monday” kicks off the week with a bright outlook; give it a first listen below, and catch Wallace’s next gig in Lancaster on April 14th with War on Women. Tickets and more information on the show can be found at the XPN Concert Calendar.