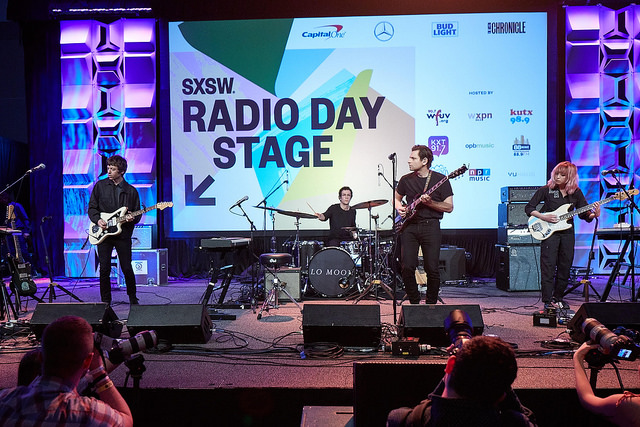 WXPN at SXSW: Highlights from the 2018 festival

SXSW, the annual music festival in Austin, Texas wrapped up Sunday. Philly was repped with performances throughout the week by Queen Of Jeans, Hop Along, Ron Gallo, and others, as well as WXPN’s presence at several events.

Teaming up with NPR Music, Vuhaus, and its station affiliates including WFUV, KUTX and more, we hosted an 11-band showcase at Stubb’s BBQ featuring headliners August Greene, a hip-hop jazz supergroup Common, Robert Glasper, and Karriem Riggins. The concert also featured XPN Artists to Watch Superorganism and Mt. Joy, XPNFest 2018 performer Tank & The Bangas, and others.

WFUV and KXT in Austin both hosted off-campus showcases at The Four Seasons and NPR Music recorded late night dispatches every day with World Cafe host Talia Schlanger and hosts of NPR Music including Bob Boilen, and they also did a series of late night “lullabies” with Becca Mancari, Max Richter, the aforementioned Prass, and Nina Diaz & Luz Elena Mendoza.

Below, watch a sampling of the performances and listen to a Spotify playlist of some of the best things I heard in Austin.