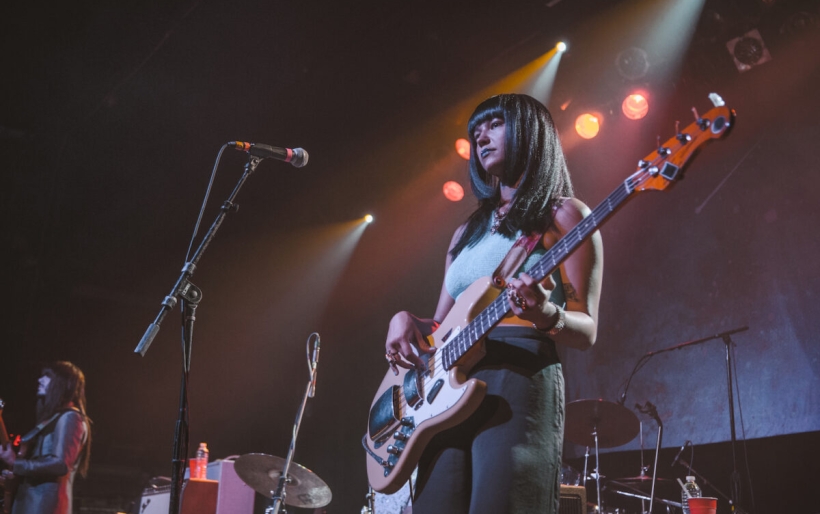 Texan trio Khruangbin has recently been gaining a lot of attention for their newest music video “Evan Finds The Third Room.” The three-piece is well known for their deeply psychedelic and 1960’s thai disco-funk inspired style. Off their sophomore album Con Todo El Mundo, “Evan Finds The Third Room” can be described as the stand-out track. The best part, though, is the music video directed by Felix Heyes, Josh King and Mi Tian; it is a perfect representation of the euphoric funk driven piece. It honestly makes the song ten times more enjoyable.

The video opens up with a cute old Chinese lady, who I swear looks like my 68-year-old grandma, taking out the trash. All of sudden, things start getting weird, in a good way. The whole video is basically just the camera crew following this lady all over the city while she happily pretends to hula her heart away with an invisible hula hoop. The whole concept is so cheesy but enthrallingly hilarious.

Along with the smile-inducing music video, Khruangbin will be embarking on a North American tour to support Leon Bridges. The list of tour dates is pretty hefty and continuously growing. One of the cities on their journey will be Philadelphia, and they are hitting us three times. The show dates are April 7th at Underground Art, which is sold out, September 30th at The Fillmore, and October 1st at The Fillmore. Everyone and their mother will be able to go!