No Thank You stream album All It Takes To Ruin It All; play Kung Fu Necktie this Friday - WXPN 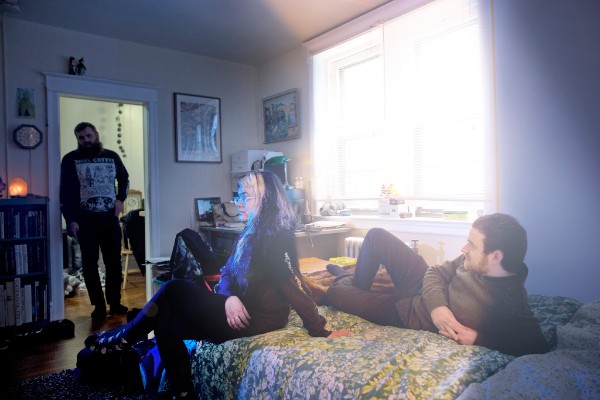 No Thank You | photo by Dan Lidon | courtesy of artist

No Thank You stream album All It Takes To Ruin It All; play Kung Fu Necktie this Friday

Philly-based trio No Thank You have made their sophomore album All It Takes To Ruin It All available early to stream on Bandcamp. The early stream comes as a treat to fans ahead of the album’s official release date, this Friday, which coincides with band’s record release show at Kung Fu Necktie Friday night.

The album kicks off with a reboot of an earlier demo, titled “Furrowed Brows,” originally recorded on an iPhone by singer/guitarist Kaytee Della Monica in her South Philly house. While the original solo demo slowly chugs along, the track takes on a new, energetic life with the additional instruments provided by bandmates Evan Bernard and Nick Holdorf.

The Lame-O released album was written after the death of Della Monica’s father, and songs on the album touch on the topics of dealing with grief and healing. Album single “New England Patriots” along with the voicemail/instrumental track “Veranda” act as the album’s centerpieces on this topic, where on the former track Della Monica wonders “how I’m going to look at my mother again.” On “Veranda,” the instrumental riff on the back half of the track feels like a cathartic release of emotions complied throughout the album.

Following “New England Patriots,” woozy “Hell Bent” and hard-hitting “Limitlessly Cheap” almost feel like two parts to the same song, perhaps due to the shared topic of navigating relationships. On the former track, Della Monica teeters between labeling an individual as either “hell bent or heaven sent.” The track takes on an almost ethereal quality thanks to the drawn out hook and dreamy vocals. “Limitlessly Cheap” storms in immediately, and even the track itself almost feels like a two part song due to the beat change halfway through the near-ninety second track. The pairing of these two tracks highlight the songwriting ability of No Thank You to approach two different takes on one topic.

All It Takes To Ruin It All is available everywhere Friday April 6 via Lame-O Records, and can be streamed below.

No Thank You take to Kung Fu Necktie the night of the album’s release, appearing alongside local duo tact, the latest project of artist Cat Park (also of Amanda X, Eight, All Bad, and Preen) as well as Philly emo/alternative band Narra. Check out the flyer below and head to the concert calendar for information and tickets to the gig. 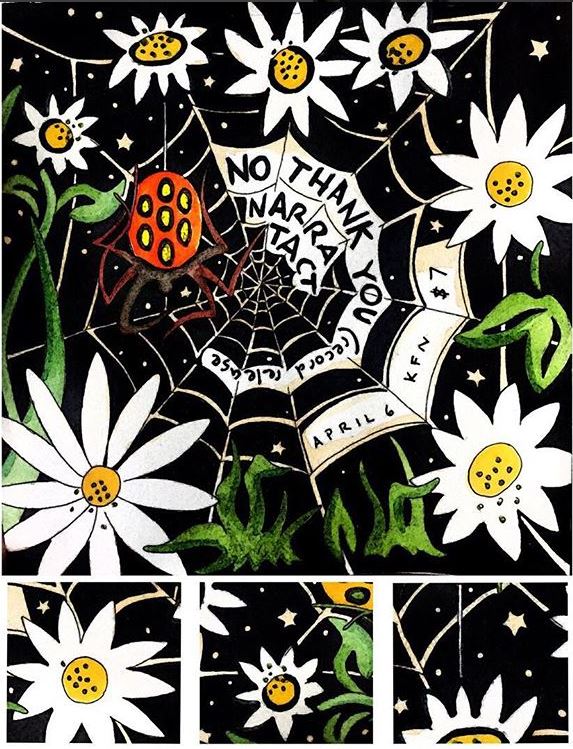 No Thank You record release flyer | Designed by Cat Park | via https://twitter.com/xnothankyoux