On Philly's Great Weights and the future of hardcore - WXPN 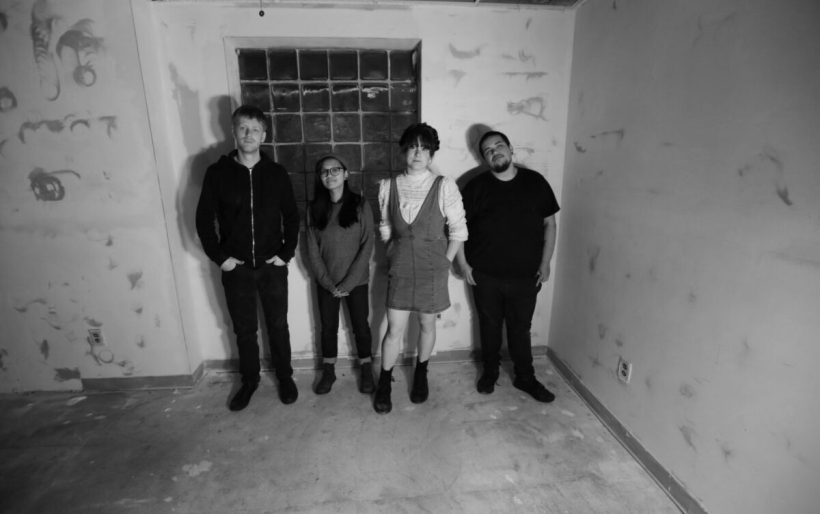 Great Weights | photo by Carolyn Haynes | courtesy of the artist

On Philly’s Great Weights and the future of hardcore

In the early 90s, the hardcore scene pretty much meant slight variations on a single thing: angry dudes being loud and screaming on stage in front of angry dudes being violent and shoving each other around in the crowd. In some circles, it still means exactly that. Elsewhere, things have grown more nuanced.

Twenty five years ago, Riot Grrrl was a feminist response to the cishetero white male dominance of 90s punk; emo embraced a sensitive, introspective outlook to counter all that rage-for-rage’s-sake. Both subgenres and their offshoots brought us brilliant records, though neither was without its faults — from internal division rooted in scene politics to predatory sad boys using the relatability of their feelings to take advantage of their fan base.

Which brings us to 2018. Is there still something that gives punk a purpose? Or is it just basement shows, ten-year-anniversary full-album tours (or fifteen, or twenty) and little bigger-picture momentum? As somebody who has been a mere observer on the periphery of the scene for my entire life, I’m sure my answer is different than somebody else in the thick of things. But I see the future of punk and hardcore in inclusive labels like Get Better Records and their “QUEER AS IN FUCK YOU” mantra; in events like Break Free Fest, which puts artists of color and other marginalized voices front and center (which, isn’t that act of uplifting kinda the point of a counter-culture?); and in bands like Great Weights.

Comprised of Meredith Haines on vocals and guitar, Al San Valentin on backing vocals and guitar, James De La Vega on backing vocals and bass and Patrick Higgins on drums, Great Weights’ self-titled debut EP arrives today via Philly label Bunny Cat Records. The record’s six songs are a gripping, propulsive listen, and proof that these four musicians are committed fans of all eras of the lineage described above. You’ll hear notes of La Dispute and mewithoutYou in the way clean tone arpeggios and overdriven riffs set the stage for meditative, mesmerizing poetry. You’ll hear the unrest that fuels contemporaries like War on Women. You will even, despite both the band’s bio and a song title throwing some degree of shade at them, hear reflections of post-hardcore groundbreakers At The Drive-In. And when Haines lets loose with a chilling shriek or a sardonic call for accountability, the echoes of Bikini Kill-era Kathleen Hanna are tough to deny.

Great Weights’ mission statement as its been outlined thus far is to take down abusers and apologists, in music and in general, but this is only part of what we hear on the EP. Moreso, these six songs (well, five plus the dissonant feedback-and-vocal-modulation intro “Don’t Worry, I Won’t Put This On The Internet”) are a reflection of the way the world in 2018 damages us and numbs us, shames us for our moods and emotions that aren’t deemed agreeable, and the strength it takes to overcome that.

The last words we hear Haines say on the turbulent album-closer “Wildcard” are “The goal is to always have a great great great day.” They are delivered in a calm voice, composed, a little bit numb and distant, and totally brimming with tension, and as soon as the phrase is uttered, the band launches swiftly into a dissonant coda of drums and instrumental noise. That juxtaposition of sounds and words tells me that, while positive thinking is certainly is a fine goal, this extreme take on it is not one that the band is seriously espousing here. It’s not realistic, nor is it healthy, to embrace this outlook that society tries to brainwash us with.

The lyrics on this EP do a lot of different things. They are sometimes extremely direct, succinct, and literal — Haines’ repeated cries of “Are you still avoiding me?!” on “Morning Sickness.” They’re sometimes detailed and descriptive, like the opening line on “Wide Awake” — “Wake up, go to work, eat, sleep, dream, repeat” — where San Valentin describes a straight world existence punctuated by monotony, frustration, and despair. And sometimes they are poetic and allusive, words that craft an image that is clearly speaking to some greater idea but is purposely left translucent: “My skin is so thin I can’t be leaned on,” from the song “After The Drive-In,” or the couplet “I’m not some dying anecdote / You turn me into rain” on “Underwater.”

That latter song might be the EP’s best, using images of breathing underwater to touch on themes of survival against adversity, then moving into a cathartic b-section ruminating on cycles of abuse before an incredible scream from Haines brings it to a conclusion. It sustains for five full seconds; it’s disruptive, and that’s exactly the point. “After The Drive-In” is also a powerful standout, with vivid images of self-doubt, but in particular the sort of self doubt brought on by toxic individuals and external forces that condition us to not believe in ourselves: “I’ve tried to say what I want to say to you,” Haines howls. “But nothing comes out right, ’cause nothing I think is true.”

But making that admission of despondency amounts to a supreme truth, and in Great Weights, these powerful new voices in punk both pay homage to the genre’s decades of history while leading it to a better future.

Listen to the EP below, and celebrate with the band tonight at The Mothership; Tact, Ronnie Vega and Cage Flight open the show, more information can be found at its Facebook event page.