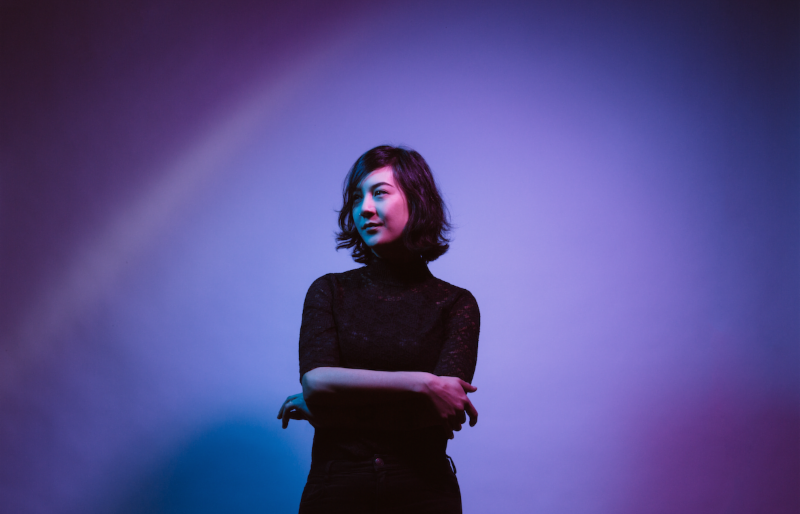 Following the sudden passing of The Cranberries‘ frontwoman Dolores O’Riordan earlier this year, many musicians have been moved to incorporate covers of the iconic band’s hit songs into their live sets. But Japanese Breakfast had already been doing just that, for quite some time. If you’ve seen Michelle Zauner and band play, you may have caught their cover of “Dreams,” the breakout single from The Cranberries’ 1993 LP Everybody Else Is Doing It So Why Can’t We. Now, Japanese Breakfast’s rendition of “Dreams” has been properly recorded — the band just released the cover as part of the Spotify Singles series. The release also includes a live recording of “Road Head,” off JBrekkie’s 2017 album Soft Sounds From Another Planet.

“Dreams” is a tricky song to cover, especially considering the original has been a beloved favorite for 25 years. No voice sounds like Dolores O’Riordan’s, and how do you even begin to approach that wordless, a cappella outro? Plus, you’ve got to keep up that shimmery, dreamy energy that makes listeners feel like Meg Ryan in You’ve Got Mail, wandering the streets of New York on a warm sunny day. But Japanese Breakfast nails it. Zauner pays homage to the song by sticking pretty close to the original — no major twists and turns besides a bit of indie rock grittiness courtesy of her band. What’s most evocative about JBrekkie’s version may be the raw tinge of emotion in Zauner’s voice, making it clear that this isn’t just any ordinary cover, but a heartfelt tribute to a band that meant so much to so many.

Listen below. Japanese Breakfast plays Union Transfer on June 3 with LVL UP and Radiator Hospital. Find tickets and more information on the XPN Concert Calendar.