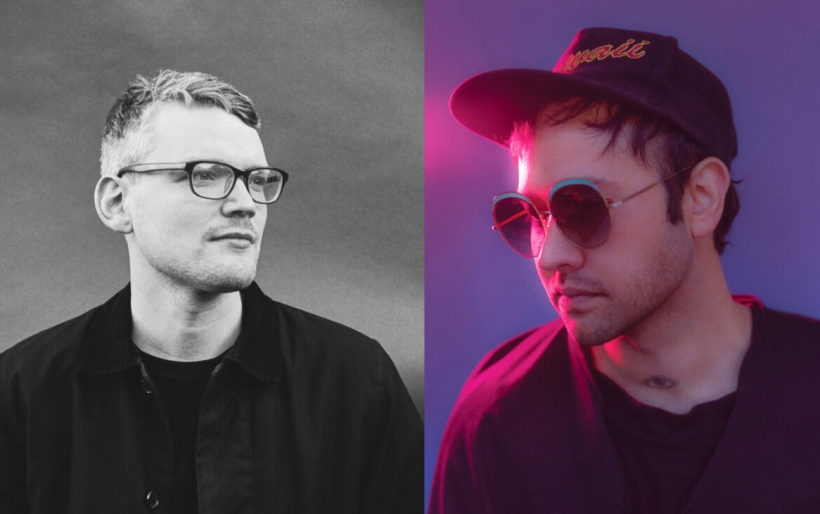 When it comes to uneasy experimental electronic pop, Ruban Nielson (the Mint Chicks man currently making dire and dreamy noise by fronting the neo-psychedelic Unknown Mortal Orchestra) and Kyle Molleson (the solo Scot behind the broke-beat Makeness), are masters of the form. For 2018, both artists have expansive, nervous, diverse new albums to tour around – UMO with Sex & Food, Makeness with Loud Patterns – and hit up Union Transfer on April 28 to prove as much.

The Key: So what do you two know of each other or the other’s work before this tour, and how long have you known that?

Ruban Nielson: I’d been introduced to their music a while ago by my manager. He’s driven crazy by how picky Jake [Portrait, Nielson’s principle UMO collaborator] and I can be about support bands, so he keeps us up to date on stuff so we have some options. I added them to my Spotify playlist “Ruban Radio” which is just stuff I like.

Kyle Molleson: I’ve been a fan of UMO since I heard a few tracks off multi love. Was instantly drawn in by the warmth of the recordings and that album was the benchmark for tapey live kit recordings when I was making loud patterns actually. Also saw them play at Glasto on the park stage which was great. I was DJ-ing in the tent opposite right after their set.

The Key: Have you – in your current or respective previous band’s past – crossed paths with each other, and what was the interaction?

RN: Unless I’m mistaken I don’t think I’d met them before this tour.

The Key: Your newest musical moments on Sex & Food and Loud Patterns -= how do you feel that it is radically different than the stuff we usually know you from on previous recordings?

RN: I think it’s more eclectic than the earlier albums. I wanted the record to feel kind of jarring and fractured but also make sense at the same time.

KM: I’m doing some actual singing on the record rather than trying to totally disguise my voice so I guess that a big change from the releases I’ve put out before.

The Key: Look at your respective new albums. What song came first in the process of writing and recording – the one that would come to eventually define the overall tone of the album or push it in one direction? And how and why did that song happen?

RN: I think the song “The Internet of Love” was the first one to come together. I needed to finish a whole song before starting the rest of the album, just to remind myself I’m actually capable of doing it.

KM: There’s a track called “Day Old Death,” on the record that I think sums my sound at the moment. When that one appeared, all the different ingredients I had been playing with came together really well. I’ve wanted to try and make a mix of live and electronic sources that didn’t seem jarring and it seemed to work on that track, so it spurred me on to follow the same sort of process for others.

The Key: Do you dig touring? Does the road get harder or easier – especially considering that for the most part this the principle manner in which you earn money?

RN: I like touring. It’s never easy, but it can be really exciting.

KM:  I’m still fairly fresh to the touring game. This one will be the biggest stint I’ve done. So far, it’s fun but tiring.

The Key: Is there any cool merch that you have that you specifically designed for these most recent gigs? And if so who designed them?

RN: We have a mirror foil poster by the 70’s manga pioneer Seiichi Hayashi. We also have a t-shirt designed by the Mexican artist Smithone and a tour poster by an Indonesian artist called Ardneks. There’s also a crew neck sweater of the new album cover by Neil Krug.

KM: Afraid not. I could barely get all my gear on the plane. I’m going to get some Makeness skateboard decks made up soon though. Keep yer eyes peeled.

The Key: How long have you been in the business of music, and how do you think that time in has affected what you do, musically and lyrically considering your newest project and this tour…I mean, does it wear on you?

RN: I’ve been in it almost 20 years. I feel like what I’m doing is becoming more capable of producing what I’m hearing in my head. I really pour my energy into it so it’s pretty overwhelming sometimes but, there’s nothing I’d rather be than a recording artist.

KM: I’ve been making music for a long time, not always on my own though so this project is definitely about exploring that side of things. I seem to be making heavier music now and I don’t see that trend stopping anytime soon. It doesn’t wear. it’s just something I always do when i have the time.

The Key: How do you see your audience? Is there a distinct level of interactivity between you and they, or is there a deep, but passive listenership?

RN: I don’t know. I interact with fans a lot. I guess I treat the people interested in my music as if they could become more successful than me and one day their time might be more valuable than mine. It’s happened a lot, someone introduces themselves as a UMO fan but their music becomes even more well-known. It’s an amazing process and a good thing to remember in life in general.

KM: As a support act you’re lucky if anyone knows your music while they chat to their mates and go to the bar. This tour seems to be different though, even folk had come say they like the record. I’m up for as much involvement from the crowd as possible. We’re all in it together.

The Key: Is there any trepidation going into an unknown live setting or is that the fun and drive of it?

RN: That’s part of the fun. The threat of total humiliation. [laughs]

KM: Yeah, always a bit of nerves but seeing how folk react to different parts of the set and if you can bring people into what you doing is exciting.

The Key: What two songs of yours – perhaps, performed in a row – are geared toward having the most impact or biggest punch when played live? And why why why?

RN: I think in the new set we’ll have the songs “Not in Love We’re Just High” and “Multi-Love” together. I think there’s some interesting tension and release there.

KM: I’ve been playing “Day Old Death” into “Gold Star” on this tour. There’s a nice quiet moment at the beginning of the two and then it gradually gets more and more distorted and industrial as they go on. I think it introduces folk to my sound quite well.

The Key: What song are you most curious as to how it will go over in a live setting? What is the greatest challenge of performing it live?

RN: I’m curious to play “Not in Love We’re Just High”. It’s a very simple song but it’s hard to play because of that.

KM: I’m on my own for this tour so I’ve an awful lot to keep an eye on when I’m performing. I’ve been messing around with a live version of this noise track “Motorcycle Idling” which is actually pretty intense. Fun testing the limit of all these sound-systems! I’m live sequencing the drum machine so there’s a big chaos element to it which is great. [laughs]

The Key: What will you do as soon as your set is done?

RN: Depends on how I feel about the set.

Unknown Mortal Orchestra and Makeness headline Union Transfer on Friday, April 28th. Tickets and more information on the concert can be found at the XPN Concert Calendar.