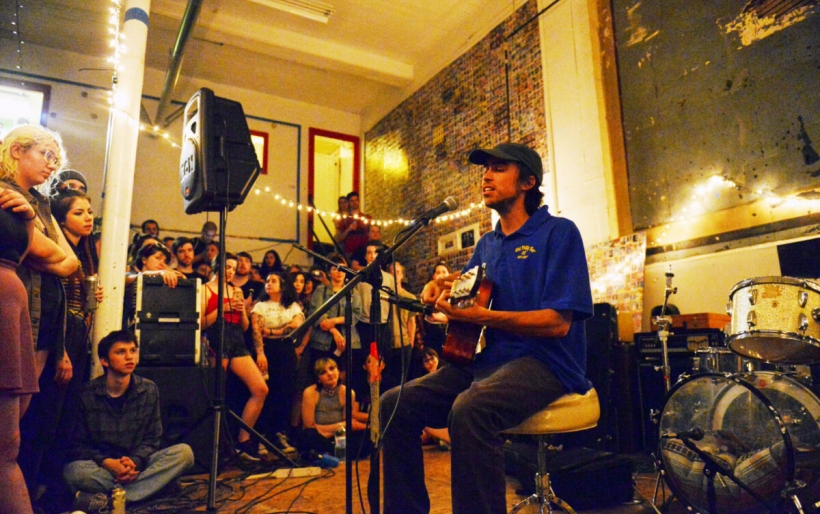 Philly rockstar (Sandy) Alex G surprised Everybody Hits on Thursday night with an intimate, by-request, solo acoustic set in support of headliner (and his long-time friend) Coma Cinema. The 185-capacity venue capped around 8 p.m., and a warm, tight-knit feeling filled the room as everyone grew ready for a night of lyrical, lo-fi sounds.

Alex took requests from the crowd for the majority of his acoustic set. Songs included notable tracks off the 2012 album Trick, including “Whale,” “Kute,” “Boy,” “Animal,” and what seemed like the crowd’s favorite, “Change.” Alex G also played a fully acoustic version of “Proud,” a standout track from last year’s Rocket.

Coma Cinema, a project of Asheville’s Mat Cothran, followed to end the the night with a solo set including a mix of electric and acoustic guitar, as well as a rendition of “Caroline, Please Kill Me” on the keys from the 2011 album, Blue Suicide. It was Cothran’s final tour under the Coma Cinema banner, but his music continues in Elvis Depressedly and as a solo artist.

Openers Knifeplay, led by TJ Strohmer of Philadelphia, played their introverted indie rock with a full band set up and complemented the bill, musically and otherwise, jokingly stating, “My three favorite bands are playing tonight”.

Check out photos from the Home Outgrown Presents show in the gallery below. 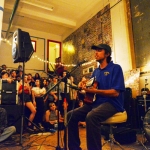