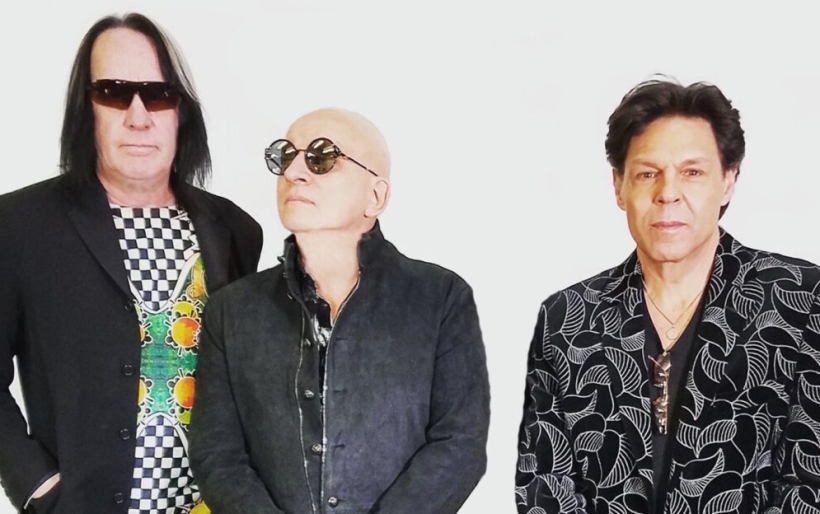 The last time audiences caught aTodd Rundgren (and there are many to choose from), they were treated to a sound more in league with his sumptuous, blue-eyed soul past (such as 1972’s epic Something/Anything), teamed with the often caustic lyricism of, say, 2004’s Liars, the result of which was 2017’s White Knight, and its singularly humorous Trump-bashing “Tin Foil Hat.”

Now, in 2018, Rundgren is returning to an occasionally more peaceful (or existentially humanist) set of lyrics and a Technicolor progressive rock-ist sound with his ensemble Utopia, a box set of collected works and a tour that brings him home to Upper Darby and the Tower Theater on May 5.

“When I first formed Utopia in the 70s, a lot of it had to do with the fact that as a songwriter working primarily at that time on the piano, that I had put aside the guitar,” said the man whose 60s instrumental roots were in the bluesy Woody’s Truck Stop and the psychedelic The Nazz. “I started getting the feeling after Something/Anything, that I was losing my chops. I hadn’t created the opportunity as a songwriter or producer for the sort-of guitar playing I wanted to do.”

Rundgren begins to mention that the musicians brought into record his electro-pop and R&B masterpiece (1973’s A Wizard/A True Star) and the studio built (his then-new place in Woodstock) all gelled in a blend of man and machine and what would become the basis for Utopia. With that, Rundgren’s next album benefited from the burgeoning progressive rock-jazz revolution with thick metal touches (1974’s Todd) that, at first, featured archly sardonic lyrics and his usual emotive falsetto that could break your heart.

“The first time we put everyone together I had an already scheduled concert for Central Park on my birthday. It was way more than just my band. The Brecker Brothers did the horns. It was outrageous and, technically the first Utopia gig, a genuine evolution or merging from what became before it.”

Not long after this progression, the solo Rundgren – the ultimate solitary man – began, not only writing in the direction of Utopia’s fluid spacy sound, but welcoming the compositional suggestions of his collaborators. “Initially, or at least on the first two albums [1974’s Todd Rundgren’s Utopia and 1975’s Initiation], we all wrote together in accordance with the spirit of the music,” noted Rundgren. “It was a lot of just throwing ideas into the middle of the room then figuring out collaborative ways in which to overlay them.”

When Utopia pared down to a quartet by 1976’s Faithful, the jam factor became less important than the songwriting, and a soulful focus was found among the troops. “Their ideas might just be more ripened by that point… with more conventional tropes. We just filled it out to make it more Utopia-n.”

Along with Rundgren feeling his “aggressively experimental” oats as studio mavens placed on a stage and meant to replicate the albums (“that might not happen”), the lyricist Todd found a combination of the mystical/spiritual literature of the time (think Castenadas) and in consideration of the communal and the collective experience he was living within the confines of the band. “I suppose what we were doing at that time would’ve been like a soundtrack to Burning Man,” Rundgren said with a laugh. “Ours was music where no one depended on a government, but, instead the community’s all-around sense of good will.” Rundgren was also leery-weary of his then one-man-band status (“I used it to explore my inner life but it can become something of a gimmick”) and was seeking outside input and collaboration after Something/Anything.

Tease Rundgren that his lyrical sensibilities have shown that he is not fond of God, and he snorts that “to be fond of God, I’d have to believe in God I the first place.” Rundgren didn’t deny the power of the existence something far-beyond-the-super-human and, hence, the early Utopia’s lyrical palette. He just believes that “most people project themselves into the God that they believe in. I don’t believe in the Divine the way that most people need to.” Utopia simply happened too, at a time, when acts such as Mahavishnu Orchestra and its leader John McLaughlin were disciples of Sri Chinmoy. The idea of a spiritual tongue laid upon the music was the thing at that point in time. “Now any form of religion thatched to music seems no more than commerce,” stated Rundgren. “But religion – or the spiritual – tied to music was part of sound since its start.”

As an aside, Rundgren mentions the primary difference between British prog and American prog beyond its role as the apotheosis of album rock. “The muscularity of the music and the exotic tonalities was daring. But the distinctions came down to classically-inspired and heavily orchestrated for the Brits and into individual musical prowess for those Stateside. More fusion and Weather Report.”

No matter how much Utopia pared down or played musical chairs, Roger Powell – an accomplished synthesizer whiz who handled all of the band’s treated soundscapes and all-around weirdness after two additional keyboardists departed – came to define the band’s sound and all of its philosophical ramifications. “We also shared a love of computers as he and I bought our Apple 2+ at the same time and learned to program together.”

Also a mainstay of the band – and to this day – was bassist Kasmin Sulton. Shedding members due to not wishing to tour separated the boys from the men and found the final quartet whose music was more flexible and soulful and structured than most ‘prog’. With Powell no longer willing to leave their day jobs at present, Rundgren welcomed back drummer Willie Wilcox into the fold and is currently sailing the good ship Utopia for as long as it’s sense-o-riffic.

“Every year the idea raised its head of reforming the band,” Rundgren says. “If it’s worth the trouble to make it happen I’ll do it. I didn’t ever want to do it just to do it. It had to be Utopia at its best and stage-spectacular.”

Todd Rundgren’s Utopia plays the Tower Theater on Saturday, May 5th. Tickets and more information on the show can be found at the XPN Concert Calendar.